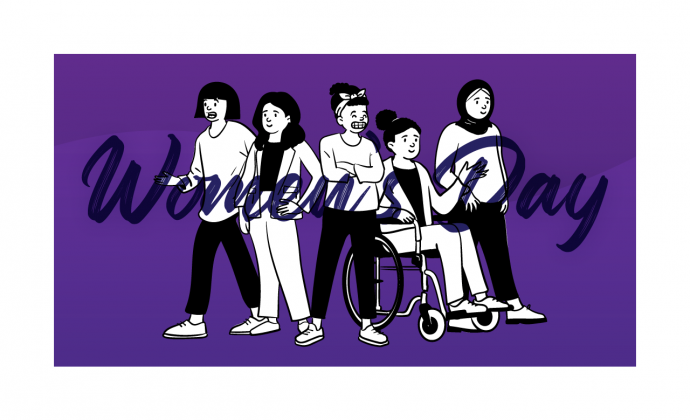 International Women's Day is celebrated on March 8 every year around the world. The IWD 2022 campaign theme is "Break The Bias".

Women have taken charge to advance the exercise of their civil and political rights in different aspects of everyday living but obstacles remain, limiting the progress of women to have a significant impact on pushing for a more inclusive society.

Take for example the proportion of seats in national parliaments that women hold. The world average in 2021 is 25.61 percent, a few percentage points higher than in 2020 at 24.34 percent. Averages in different regions have also gone up in 2021 although they remain relatively low.

In the highest leadership positions in government, only 26 women are serving as Heads of State and/or Government in 24 counties as of 1 September 2021. Based on the calculations of UN Women "gender equality in the highest positions of power will not be reached for another 130 years" given the current rate. (Facts and figures: Women's leadership and political participation, https://www.unwomen.org/en/what-we-do/leadership-and-political-participation/facts-and-figures)

In the 1995 Human Development Report, the United Nations Development Programme (UNDP) said that at least 30 percent membership in political institutions can be considered “critical mass that enables women to exert meaningful influence on policies.” In 2021, however, only two regional blocs have higher than 30% of positions in national parliaments that are held by women.

Numbers alone, of course, do not guarantee that pro-women and pro-inclusive policies will be passed as different factors are at play but having increased representation of women matters as they could potentially tilt the balance of power in critical policy actions and eventually promote better policy actions that integrate the complex issues and challenges that need to be addressed in society.

The civil and political rights of women are guaranteed in a number of instruments and documents that promote and uphold equality no matter the sex, race, color, or religion.

But while women in many countries have the right to vote, even at times outnumbering men voters, UNDP said it is also a matter of how widely the right is exercised or the attitude of female voters towards female politicians. Politics, they said, is still seen as a realm dominated by men and that “it takes generations to break out of gender stereotypes …”

In the case of Thailand, which provides insights as to why the number of women holding seats in parliament is lower than their male counterparts, women face an uphill battle with barriers in every step of the way that either make it hard for them to engage in elections as candidates or discourage them from participating altogether. These barriers include gender-based discrimination in society, the lack of representation in decision-making bodies of political parties, and gender-based attacks during campaigns. (“Why we have so few women in parliament”, https://anfrel.org/thailand-why-do-we-have-so-few-women-in-parliament/)

They offered a number of general recommendations to improve women’s participation in election:

• Adhere to international standards for the protection of women's civil and political rights;
• Include women as members of delegations to peace negotiations and in bodies created for the implementation of peace accords, including those responsible for the development of new electoral processes;
• Carefully design and implement new laws and electoral processes to ensure and enhance women's participation and to effectively increase the possibility of women being elected;
• Make certain that the practical aspects and details of the electoral process do not indirectly discriminate against women;
• Consider adopting temporary special measures such as quotas;
• Require or encourage political parties to nominate and support women candidates, in part by placing them high enough on their candidate lists to be elected;
• Ensure that refugee and internally displaced women enjoy the right to vote;
• Create platforms to ensure women's voices and concerns are heard;
• Design and conduct voter registration and education campaigns targeting women.