The three sections of our work, Election Observation, Capacity Building and Campaign & Advocacy are different parts of ANFREL’s holistic approach to the promotion of democratic institutions. These divisions, while different, support one another.

The 2020 Myanmar General Election encountered several challenges including restrictions amid the COVID-19 pandemic. Despite the observed shortcomings, the outcome of the elections were deemed to reflect the true will of the electorate.

ANFREL recognizes the voice of the people of Myanmar and hopes this report illustrates the progress achieved by Myanmar as a democracy prior to the military's staging of a coup which seized power from the civilian government on 1 February 2021. ANFREL wishes that the country may soon return on the rightful path to an elected civilian government. 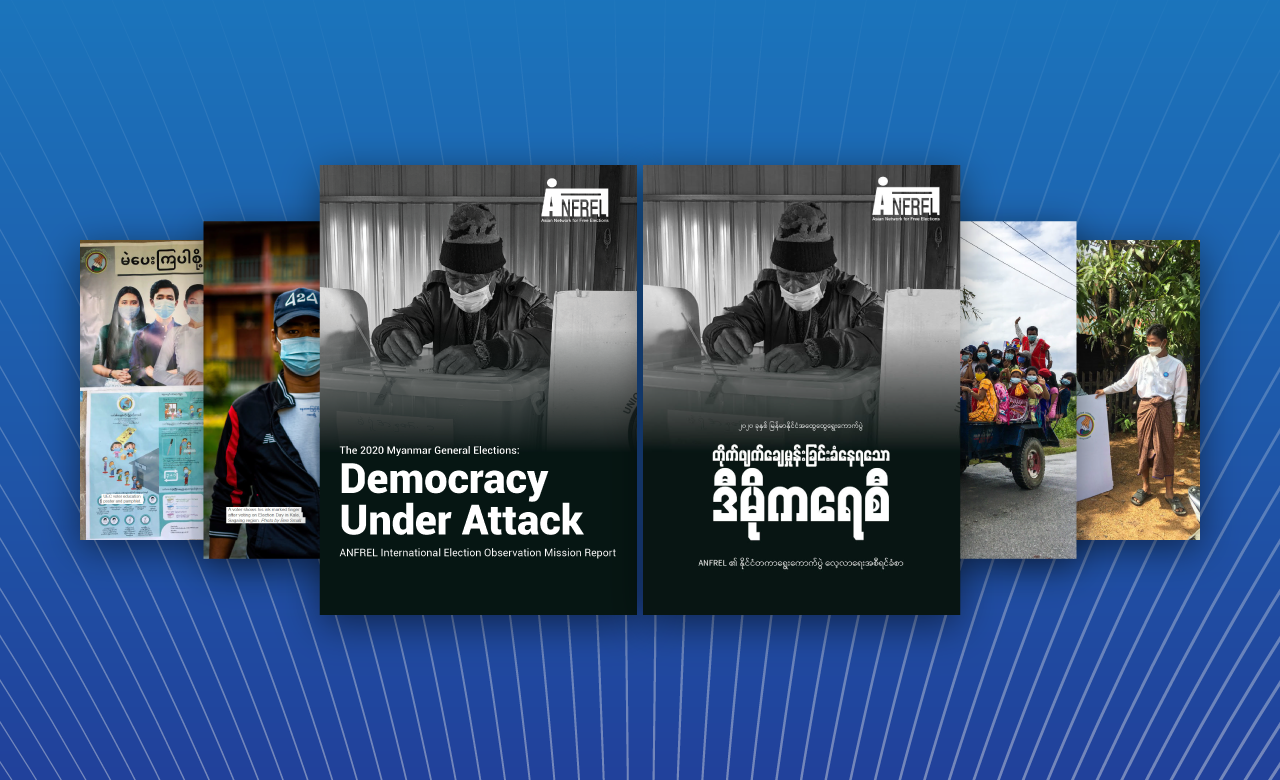 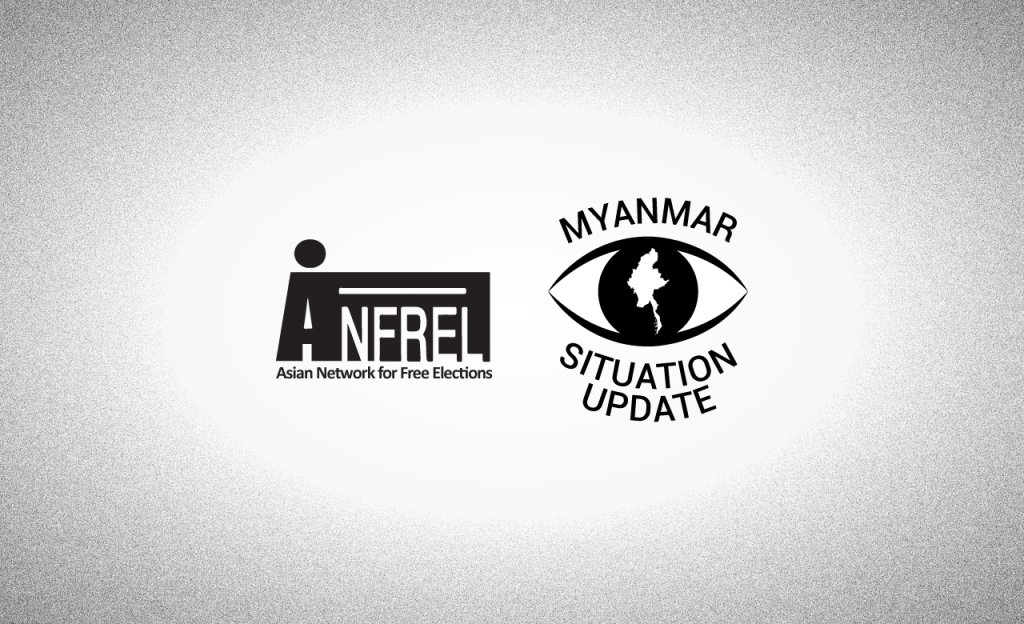 The National Unity Government (NUG) held its very first press conference on Friday 4 June. The junta shut down the internet between 5 p.m. and 6 p.m to disrupt that press conference being held by the parallel government. The NUG said that it will announce a national D-Day to fight the military junta when the […] 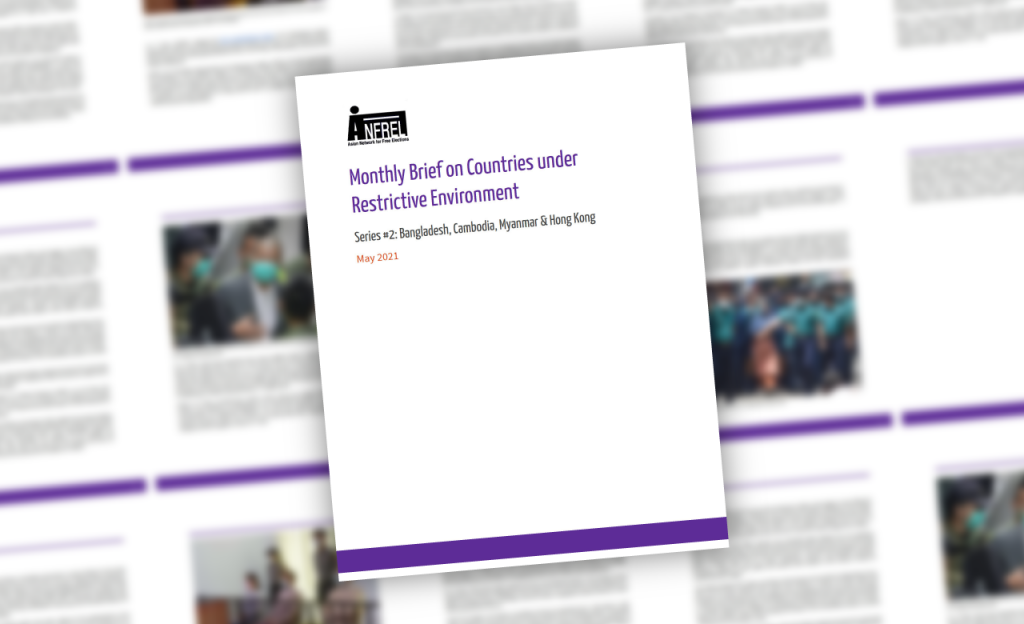 Monthly Brief on Countries under Restrictive Environment – Series #2 (May 2021)

In this issue, ANFREL covers issues related to elections and civil and political rights in Bangladesh, Cambodia, Myanmar and Hong Kong.

The protests continued in different parts of Myanmar despite the crackdown by the junta. The clashes between the junta forces and the civil resistance fighters or Ethnic Armed Organizations also emerged in several places in Myanmar, such as in Kachin, Kayah, Kayin, Chin, Shan, Sagaing and Yangon States/Regions.  The Karen Peace Support Network (KPSN) said […]

Mission Reports: Get the Latest Information from the Field