05 August 2013, BANGKOK – Given the level of widespread complaints and reports of irregularities related to the July 28th General Election in Cambodia, the Asian Network for Free Elections (ANFREL) believes that greater transparency and a thorough and impartial investigation that includes a wide variety of participants is the best way to re-build confidence and legitimacy in the election system and ensure that the Cambodian people receive the electoral justice they deserve. Indeed, ANFREL is encouraged that both of the main political parties have expressed a willingness to join such an investigation. It is imperative that a workable and effective coalition, one broad enough to maximize its impartiality and technical expertise and that has full access to the necessary information it needs, can be agreed upon soon.

The government and opposition’s mutual desire to participate gives the process momentum that the National Election Committee (NEC) and other stakeholders would be wise to take advantage of. Despite some early difficulties regarding the committee’s composition, ANFREL believes that by bringing together as broad a coalition of stakeholders as possible that the country can honor the admirable passion and excitement shown by the Cambodian people during the run-up to the election and on July 28th.

As an additional means of showing their desire for proper fact-finding and investigation, the NEC should make available all records, forms and documents used from the polling station level up as well as the forms used to process and issue voting identification Cards. “To build confidence in the election results and ensure justice is done, full disclosure of all data related to election results as well as the formation and operation of a professional, impartial, and thorough investigation committee should be the primary focus of the NEC as a means to lessen current and future election irregularities,” ANFREL Executive Director Ichal Supriadi stated. In the immediate term, such disclosure should include Polling Station Level results such as Form 1104 and the voter list used by Polling Station Officials as well as all forms used to issue Identification Certificates for Election (ICE) Cards. Release of these documents is a key confidence building measure that would also have a concrete, beneficial impact on the post-election environment and the investigation itself. In the longer-term, the NEC should re-visit the recommendations for Electoral Reform made by ANFREL and a multitude of other organisations that were, for the most part, not adopted before the 2013 Elections. By doing so, the NEC can create confidence in its administration of Elections and avoid the repetition of these same problems after the next election.

But most immediately, by focusing on the important, outstanding issues made evident in the past election through the creation of an impartial and broad-based investigatory committee, the NEC can show the public that they are sincere about correcting obstructions and irregularities in regards to this election and improving the electoral process in Cambodia going forward. Alternatively, if the NEC does not disclose these forms and a proper investigation together with reform is not done, the danger exists that the chronic weaknesses evident in the country’s electoral system are doomed to repeat themselves, as has happened in the past. “The progress of democracy in Cambodia, and the integrity of this and future elections, depends on greater transparency in the form of the release of key documents and on an impartial, broad-based investigation able to enforce its own findings. Both should be done as soon as possible,” Mr. Supriadi noted. 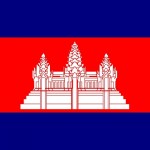