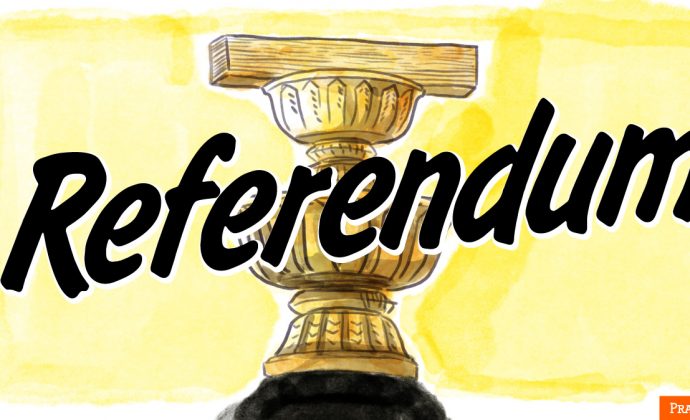 Thailand democratic rule has been forcedly retaken by military through successful coup d'état that happened on May 22nd 2014 led by General Prayut Chan-o-cha, Commander of the Royal Thai Army (RTA), against the caretaker government of Thailand, following six months of the crisis in the country. The military justified its action to solve the political deadlock and to avoid bigger crisis that may end up serious division due to rivalries of two loyal supporters of government vs the opposition camp called People’s Democratic Reform Committee (PDRC) led by former vice Prime Minister of democrat party, Suthep Thegsuba. He together with his supporters has occupied the street in Thailand for months.

The conflict worsening after the snap elections called by the Phue Thai party ruled government in 2014 as a peaceful solution does not work as expected. The election was obstructed by the PDRC who were forcedly
blocked the elections. The total disruption happened in 69 of 375 constituencies in the country1. Eventually, the Thailand’s Constitutional court ruled the elections invalid on 2 February 2014, because its "were not held on the same day across the nation". It is unclear when a new election will be called. Week and months after the failure of the polls are entered dramatic period where the PM could not effectively run their government, and there is no parliament on place as well as PDRC growing crowd and continuing occupied the street.