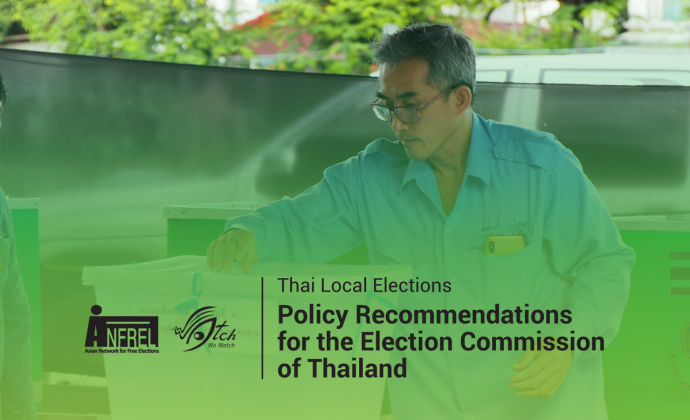 The people of Thailand will head to the polls for the municipal elections on 28 March 2021.

Voters were able to participate in the the 2020 Thai Provincial Administration Organization (PAO) elections held on 20 December 2020, the first local elections since the civilian government was toppled by a military coup in 2014.

The Asian Network for Free Elections (ANFREL) and local youth-led election observer group We Watch observed the December 2020 polls. While the elections were generally peaceful, the voter turnout was considerably lower than during the 2019 general election.

Last year's elections were conducted amid the COVID-19 pandemic where health guidelines were imposed.

Below are the observation findings on the Thai PAO elections:

ANFREL and We Watch also details policy recommendations for the Election Commission of Thailand based on the observations from the conduct of the PAO elections: