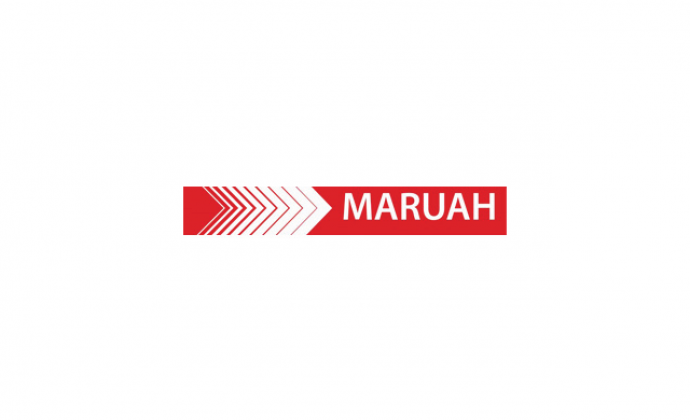 MARUAH unequivocally condemns the military takeover of Myanmar on February 1, 2021.

The Tatmadaw (military)overthrew the elected government of Myanmar, detained government leaders, civil service officers, activists, and human rights defenders, imposed a year-long Emergency on the country and has blocked intermittently access to Internet. To date the military has given no official data on the state of well-being of the elected leaders of the Myanmar government, their locations, the number of people arrested and information on who have been arrested.

The Tatmadaw acted deliberately and intentionally. This is a coup d’état. The fragile democracy in Myanmar is in tatters. Military personnel have become the new political leaders of the country. The military supporters and members of the Union Solidarity and Development Party and Buddhist nationalists jointly presented themselves as custodians of Buddhism in the 2020 General Elections, saying that the National League Democracy political party as being anti-Buddhism. Currently this joint force is patrolling the streets alongside uniformed soldiers and police to arrest, threaten and beat-up thousands of protesters in the streets. People in Myanmar are saying clearly that they do not wish to be under military rule as they had experienced it over 50 years (1962-2011) of military rule. The Tatmadaw in the past had suppressed Buddhism, resulting in the 2007 Saffron Revolution, but now has an ally in the Buddhist Nationalists. Reports are coming in on protesters being arrested, beaten, tear-gassed and shot at across Myanmar, in Naypyidaw, Bago, Magway and Mandalay by officers in the military, police and supporters.

MARUAH finds this new kinship between Buddhist nationalists and the military disconcerting as its puts into jeopardy the lives, safety, and well-being of people of different religious beliefs amongst the 135 ethnic groups as well as the Rohingyas.

MARUAH also recalls what the people’s experiences when the country was under successive military regimes. They were times of long imprisonments, solitary confinements, torture, extreme poverty, starvation, lack of medical attention, low development, fear, and distrust. In recent years we saw the persecution of the Rohingyas, many of whom fled the country. The track record of the past and current governments has been to uphold Myanmar’s sovereignty in the face regional and international interventions on human rights violations and to dismiss the UN reports as being biased and hypocritical. Universally, we presided over an impasse as a million refugees continued to live in poor conditions and the armed conflicts between the Tatmadaw and rebel forces from the key ethnic groups, continued with deaths, injuries, rapes, and destructions of homes. MARUAH emphasises the blatant disregard shown by the Myanmar governments to abide by the Responsibility to Protect principles. MARUAH deplores the indifference shown to protecting people against Covid-19 in this planned coup.

MARUAH has been in solidarity with many civil society actors in expressing their deep concerns over this 10-day-old takeover. But we make this statement, appealing for deeper cognizance for the character of the people in Myanmar and for actions to protect them. They are by thousands in the streets picking up the cudgels to fight for their democracy and to be governed by an elected government, not a military force that usurped the power. They are reaching out to the global community, risking their safety, to give detailed accounts on what was going on in the country.

We appreciate deeply the prompt response from our own government, Singapore, as well as statements from Association of Southeast Nations’ (ASEAN) leaders and the United Nations. We are particularly pleased that New Zealand has declared that it would not recognise the new government of Myanmar. We have also noted reports emerging from both state-level and private sector investments and business partnerships in Myanmar. Based on the series of crimes against humanity over 50 years, the lack of culpability by the government of Myanmar, and the resilience of the people in Myanmar in fighting for their freedom and rights, MARUAH urges strongly that we cannot become witnesses to a blood bath in Myanmar. MARUAH asks for a deeper commitment, beyond the suggested meetings to seek negotiation and reconciliation with the Tatmadaw. We ask for a clear course of steps that underscore the unacceptability of this coup, the non-recognition of the Tatmadaw as the government and that economic partnerships be reviewed. To prevent an escalation into a civil war and to protect the people, we humbly make a call for governments, ASEAN, and the UN, to:

• fundamentally, focus on protecting the people of Myanmar whose security and freedom are under threat.
• develop access routes on funding and prepare safe places as people are fleeing Myanmar to seek refuge in other countries
• ask for information on prisoners and their release
• ensure that people in Myanmar have an unfettered access to Internet and communication tools, with an understanding that social media platforms will suspend harbingers of ‘hate speeches’
• reaffirm the principles of democracy and fair play as a rule of law and conduct as prescribed in the ASEAN Charter and United Nations Declaration of Human Rights
• officially, not recognise the Tatmadaw as the government of Myanmar
• institute a process for an interim government of multi-stakeholder representatives, including some key military officials, to be set up
• institute a neutral and independent body of global experts on a fact-finding mission to ascertain if there was electoral fraudulence
• appoint a UN Special Rapporteur to investigate and document the human rights situation in Myanmar
• recommend UN bodies and International Criminal Court to issue an Inquiry on the Tatmadaw, based on charges of the coup d’etat and crimes against humanity
• review the nature of investments made in Myanmar and abide by the principles of ethical investing, ethical business conduct, and put in place targeted sanctions against the military and their partners’ enterprises
• impose an embargo on the arms trade into Myanmar
• build on an alliance with China to be partner in non-recognition of the military-led government of Myanmar.

We are a Singapore human rights NGO.

MARUAH means Dignity in Malay, Singapore’s national language. Human rights are all about maintaining, restoring and reclaiming one’s dignity at the individual, regional and international level. We seek to

MARUAH is also the Singapore focal point for the Working Group for an ASEAN Human Rights Mechanism. The Working Group has national representatives from all of the founding Member States of ASEAN, namely Indonesia, Malaysia, the Philippines, Singapore, and Thailand. The Working Group is an NGO officially recognised in the ASEAN Charter as a stakeholder in ASEAN.