Posted by admin@anfrel.org With 0 Comment In Mission Reports, Nepal 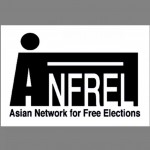 A. Political Backdrop and holding of the second CA elections

The  Election  Commission  of  Nepal  in  its  latest  announcement  made  on September 8, 2013 said that the second Constituent Assembly (CA) elections would  be  held  on  schedule  on  November  19,  2013.  The  declaration  of  the Chief  Election  Commissioner  Mr.  Neel  Kantha  Uprety  seems  to  reflect  the desires of the average Nepali citizen, who wants to see political stability return to Nepal. However, a significant amount of uncertainty regarding the election date  exists  as  the  33-party  alliance  led  by  the  Communist  Party  of  Nepal (CPN)-Maoist  have  announced  a  boycott  of  the  polls,  while  four  of  the  main political parties of Nepal, The Nepali Congress (NC), the Communist Party of Nepal  (CPN)-United  Marxist  Leninist  (UML),  Unified  Communist  Party  of Nepal (UCPN)-Maoist and the Terai Madheshi Democratic Party (TMDP) want the  elections  to  be  held  on  November  19,  2013.  Despite  efforts  that  are underway  to  convince  CPN-Maoist  leader  Mohan  Baidya  and  his  supporters to be a part of the electoral contest, the chances of achieving a consensus on the November election date appear to be remote.

You can view the file embedded in the page below: