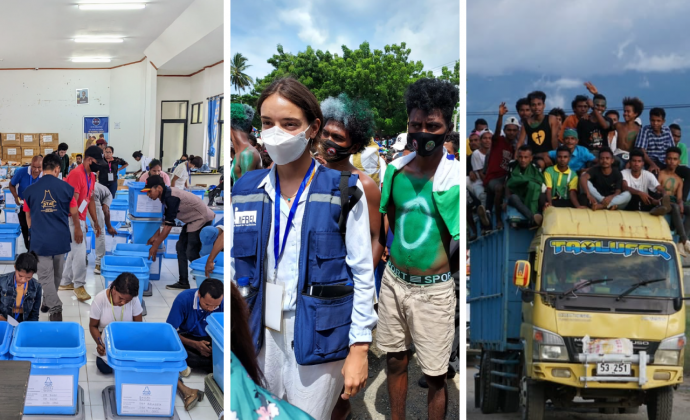 The Asian Network for Free Elections (ANFREL) is in Timor-Leste to monitor the first round of the country's presidential election, which will take place on 19 March.

Five international observers are deployed across the country to observe the election campaign, Election Day proceedings, tabulation of votes, and announcement of results. Our observers are also meeting with a diversity of stakeholders, including election officials, voters, candidates, and civil society organizations.

A record 16 candidates are vying for the top position in the country of 1.3 million and Southeast Asia's youngest nation. If no candidate wins a majority of the votes cast on 19 March, a second round will be held on 19 April. We wish a vibrant and safe election to all Timorense voters and invite them to exercise their suffrage.

ANFREL will release on 21 March a statement containing its interim findings on the election's first round, before publishing a final mission report, tentatively in May 2022.

We wish to thank the 臺灣民主基金會 Taiwan Foundation for Democracy and the Embassy of Canada to Indonesia and Timor-Leste for their generous support to the ANFREL mission.