Human rights group Odhikar released their 2020 report on the human rights violations including the state of the electoral system in Bangladesh.

Several irregularities have been observed in the conduct of by-elections in 2020. The report also noted that "apart from destroying the electoral system, there are also allegations of massive financial irregularities, corruption and misconduct against the current Election Commission."

Bangladesh was also badly affected by the COVID-19 pandemic which ushered in widespread human rights violations with the failure of the government to take appropriate actions, increase in labor rights violations, violence against women, and corruption, among others.

Below are the details of the human rights violations Odhikar recorded in 2020: 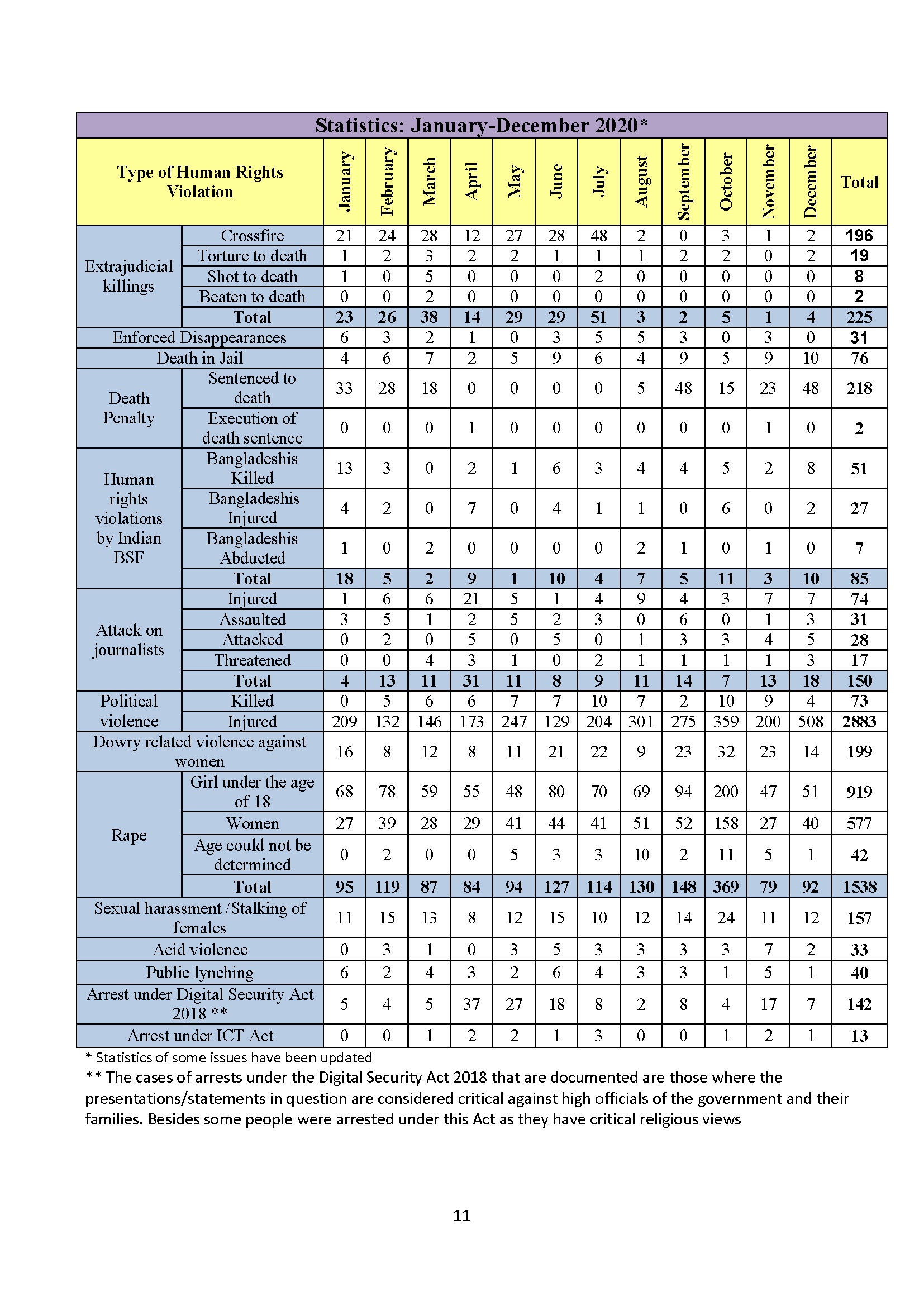