ANFREL member in Bangladesh, Odhikar, said in their 2020 second quarter report on the human rights situation in the country that the persecution against them since 2013 continues until this day.

The registration of Odhikar has not been renewed until now since they applied to the NGO Affairs Bureau (NGOAB) under the Prime Minister’s Office in 2014. The NGOAB has also stopped fund clearance of all of Odhikar’s projects for more than six years and has completely stopped approving any new projects, the group said. Part of the government’s crackdown on the organization also included freezing of its bank accounts.

Odhikar further said that the case filed under the Information and Communication Technology Act 2006 (Amendment 2009) against the Secretary and Director of Odhikar is still pending. They have been forced to resort to self-censorship in publishing reports due to various obstacles and constant hindrance on free expression by the government.

The harassment Odhikar continues to experience also extends to human rights defenders associated with them who have been under surveillance for being vocal about human rights violations.

These acts against Odhikar are emblematic of the overall human rights issues and violations in Bangladesh as the group continues to monitor and report on in their quarterly reports. The following are the cases of human rights violations Odhikar has recorded from January to June 2020 period: 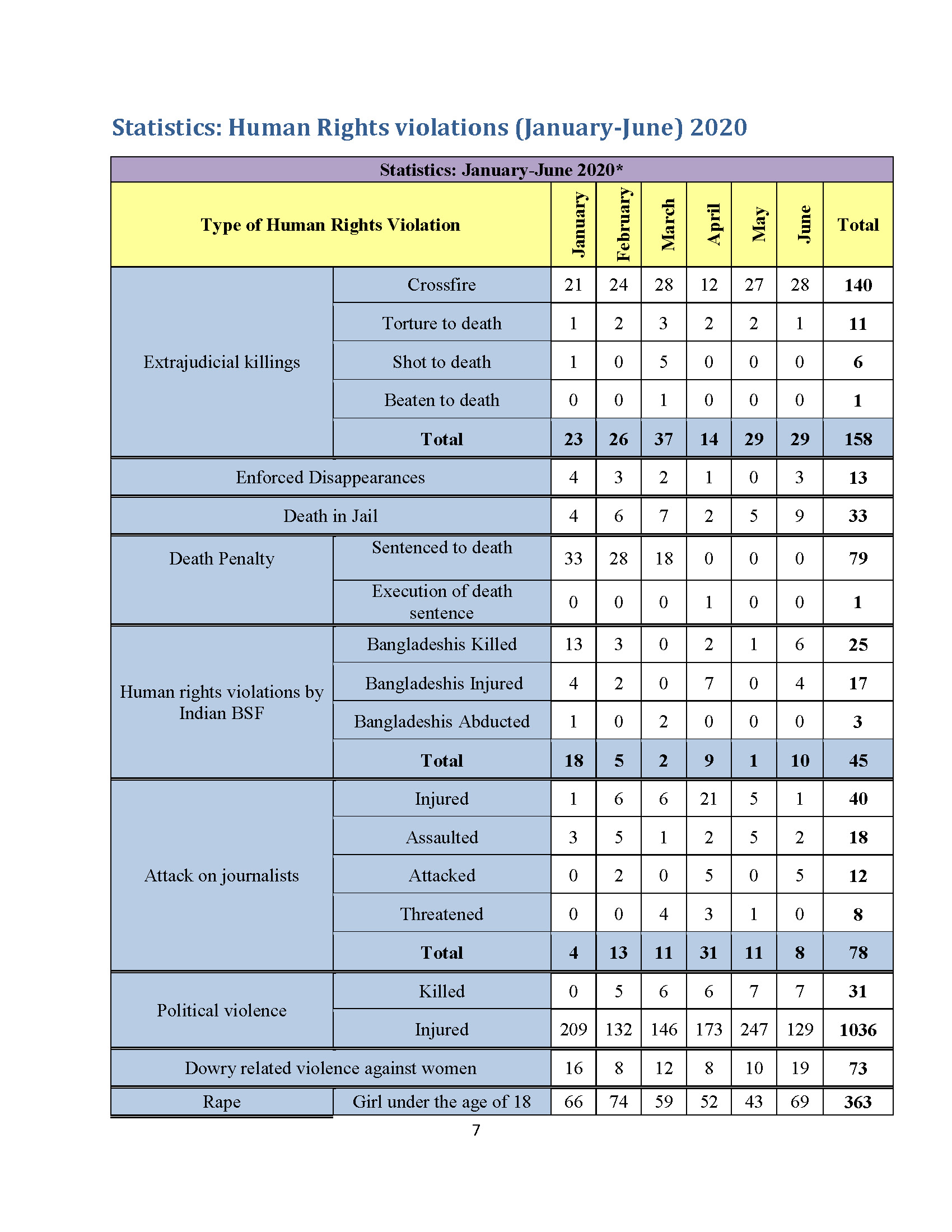 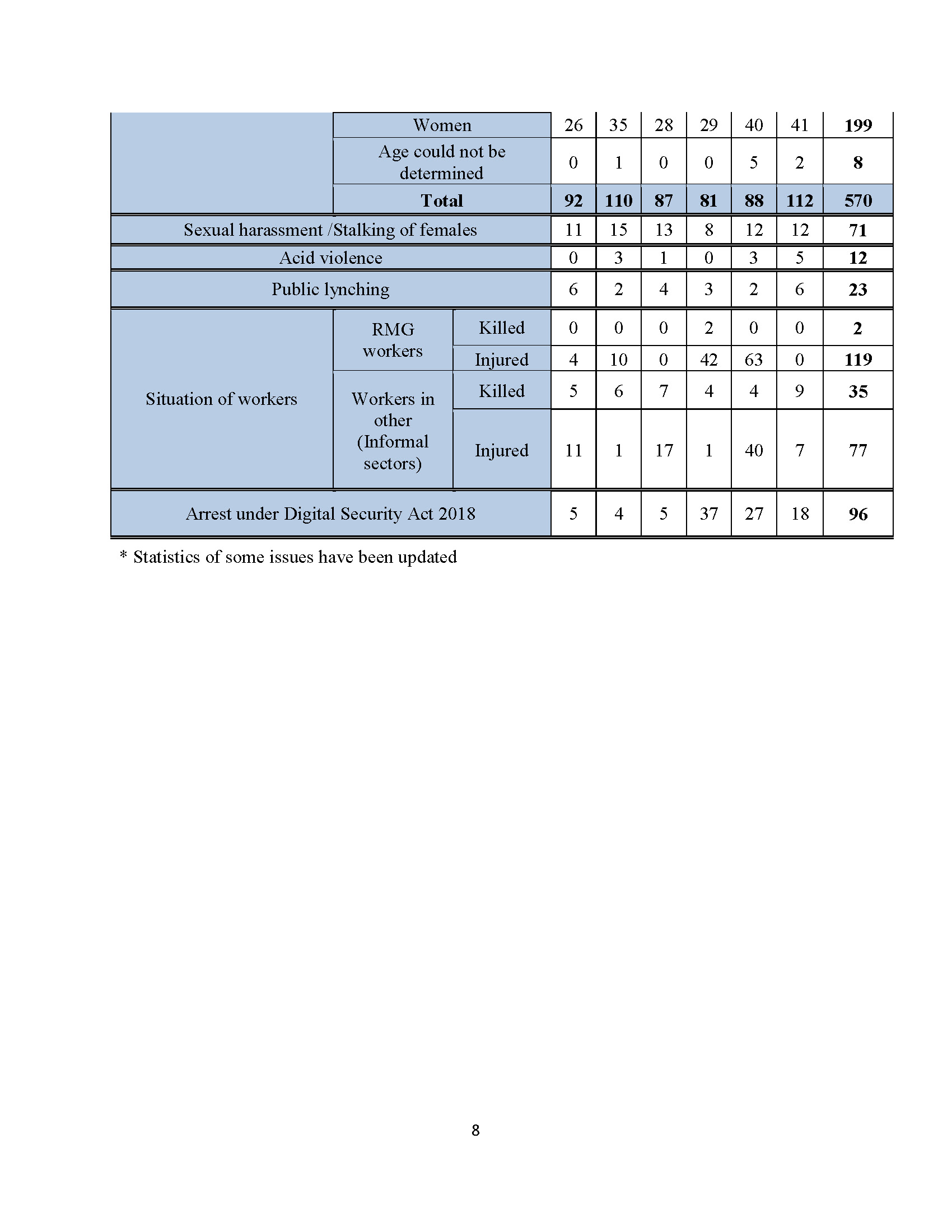 The government still struggles to manage the COVID-19 situation in the country resulting to 145,483 people infected with the coronavirus of which 1,847 have died as of 30 June 2020, according to official estimates.

Odhikar said the government failed to take appropriate measures to prevent the spread of COVID-19 and as a result the miserable state of the health care system has become more apparent. They said the lack of effective information and decisions regarding COVID-19 harm rights to health, safety, and employment.

Those who have criticized the government for their failure to effectively and seriously address the outbreak of the coronavirus, meanwhile, have been arrested and sent to jail under Digital Security Act 2018.