The confidence in the government and the electoral system of Bangladesh continue to decline as lack of interest in the local elections held in the first quarter of 2020 amid the rampant fraudulent activities was observed, human rights organization Odhikar said in their 2020 first quarter report.

"Several by-elections of the Jatiya Sangsad and two city corporations of Dhaka, including local government elections, were held in the first three months of 2020. Although the majority of voters in these polls refrained from voting, the ruling Awami League party won elections through fraud and influence. During the elections, most of the polling stations were empty. Such reluctance to vote has never been witnessed in Bangladesh in the past."

Odhikar, also a member organization of the Asian Network for Free Elections (ANFREL), records and reports human rights violations in Bangladesh to raise mass awareness and to campaign for internationally recognized civil and political rights, among others.

For the first quarter of 2020, Odhikar has recorded the following human rights violations: 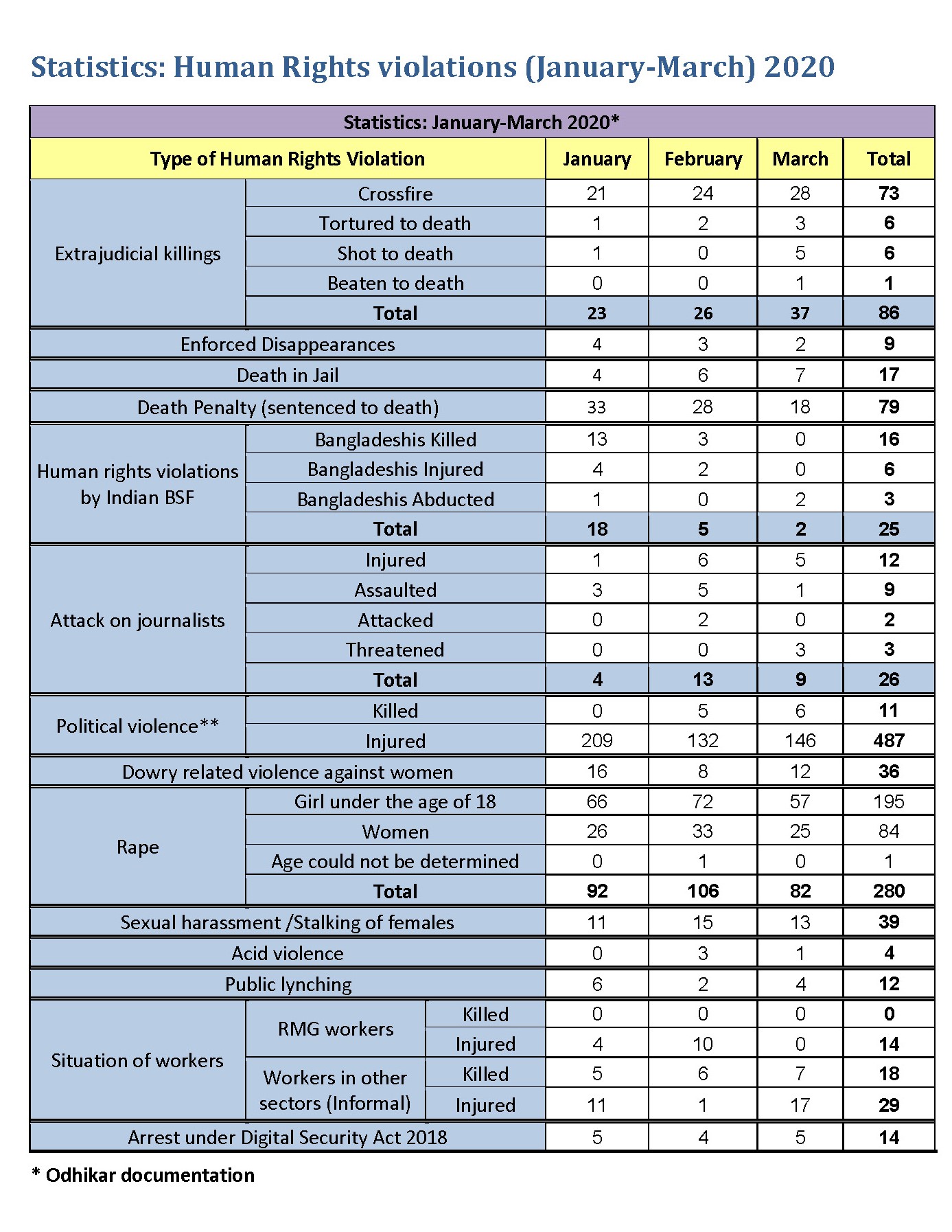 During the same period, countries around the world were affected by the COVID-19 pandemic. In Bangladesh, the government adopted a lockdown policy since 26 March 2020 to prevent the spread of COVID-19.

Odhikar noted that despite warnings from the World Health Organization, the government's "lack of proper planning and guidance in densely populated Bangladesh, apparent medical crisis and corruption in the distribution of relief during the COVID-19 period, have exacerbated the crisis."

There have also been recorded “acts of extrajudicial killings, enforced disappearances, torture, and other cruel inhumane or degrading treatment by members of the law enforcement agencies” during the COVID-19 lockdown.

Freedom of speech, conscience and expression of citizens to prevent the free flow of information were also observed during the COVID-19 lockdown in Bangladesh as authorities set out to crackdown on criticism of the government’s response to the crisis.