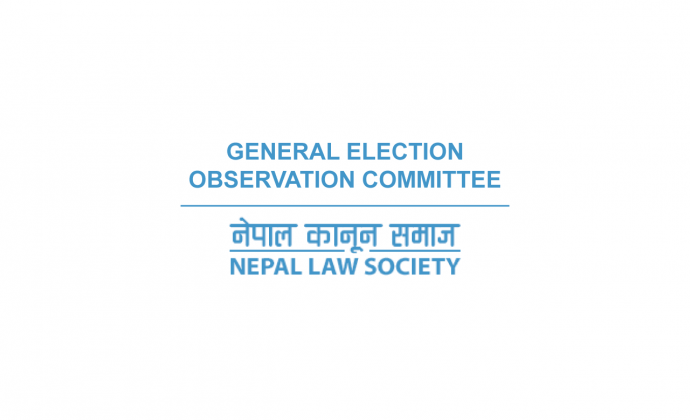 Posted by ANFREL With 0 Comment In Nepal, Network News

The local level election held today has been completed largely peacefully and successfully apart from few sporadic incidents. There was encouraging participation by people with disability, senior citizens and members of all community, and gender. Compared to the past, the parties, candidates and voters all were more patient and peaceful.

Except in few places, there were no incidents of disruption in the polls or disputes between parties. It is a good sign for democracy that electoral management and polling process is improving. The General Election Observation Committee (GEOC) has been carrying out observation of all elections since 1990 including general elections, local elections and constituent assembly elections. The GEOC concludes that this periodic and peaceful election has further strengthened democracy.

According to the preliminary reports by 409 observers including 40 national level, 30 district level, 330 local level observers, and 9-member special observation team of former chief justices, former chief election commissioners and former chief secretaries mobilized in 200 local levels of 35 districts, most polling centers were opened at 7 am but some were opened between 7.15 and 7.45 am. In some places where election staffs and representatives of political parties did not reach on time, there were some minor altercations.

The ballot paper was unnecessarily large and complex because there were more symbols than candidates in the field. There were problems in getting basic information about the candidates, their parties and their symbols on the ballot. This hampered the right of voters to be well-informed and make informed choice. In the context that there was problem in the flow of information about candidates, parties and symbols, there should have been strong voters’ education and robust flow of information. There were questions about the logic behind using ballot paper with symbols that have no candidates. Thus, there is a chance of higher number of invalid votes this time. In few places, voters faced difficulties to travel to the polling center because the vehicles were not in operation. Some polling centers were inaccessible and lacked infrastructure like roads. There were also some cases where voters were forced to return without voting because they did not have relevant identity cards, or because they could not travel on foot to polling centers at long distance, or because they had voters’ ID but their names could not be found in the voters’ list. There is a need to ensure that voters’ ID system is flawless, reliable and useful.

The adherence to the election code of conduct, too, was found to be largely satisfactory. The indications of violations in some places became issues of interest. Compared to the past, the election process and management was more well-managed, easier, peaceful and acceptable. The GEOC, thus, concludes that this will have important contribution to make democracy further mature and robust. The GEOC would like to express its gratitude to the Election Commission, Nepal, government employees, security personnel, party representatives, and voters for conducting peaceful elections. The GEOC also thanks its 409 national, district and local level observers for helping in the dissemination of factual information about the elections.