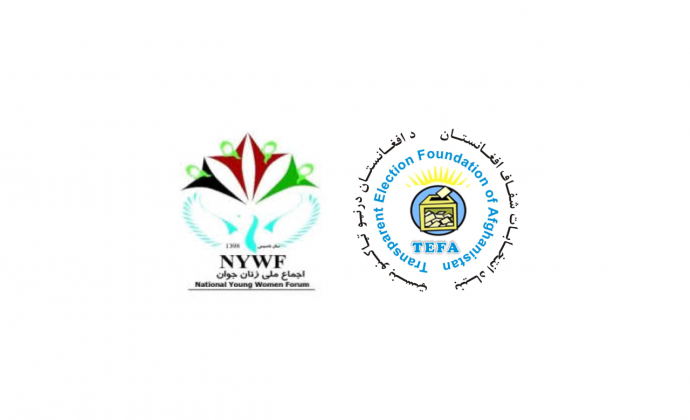 Kabul: National Young Women Forum (NYWF) was established almost two years ago under the leadership of Transparent Election Foundation of Afghanistan, and since its very inception, the forum has worked to advocate women’s meaningful engagement in Afghanistan’s social and political processes. Now that the date for holding the Heart of Asia Summit in Istanbul is drawing closer, women being marginalized, their priorities being neglected, and their accomplishments being undermined are some of the pressing and widely shared concerns associated with the summit.

The National Young Women Forum (NYWF) strongly disbelieves in a peace to be true and enduring without women, it is therefore for the Afghan Government and the International Community to refrain from a summit that overlooks women and their priorities and ideals, and must not subscribe to a peace pact that does not incorporate the will of half of the Afghan population.

Following extensive consultations with its member young women, the Afghanistan’s National Young Women Forum (NYWF) identified the following key areas as redlines of Afghanistan’s young women, and thereby calls upon the Afghan Government and the International Community to present them in the negotiations as the redlines of not just women but of the whole of the Afghan nation, men and women both:

Download the position paper here: "Our Redlines for Life"