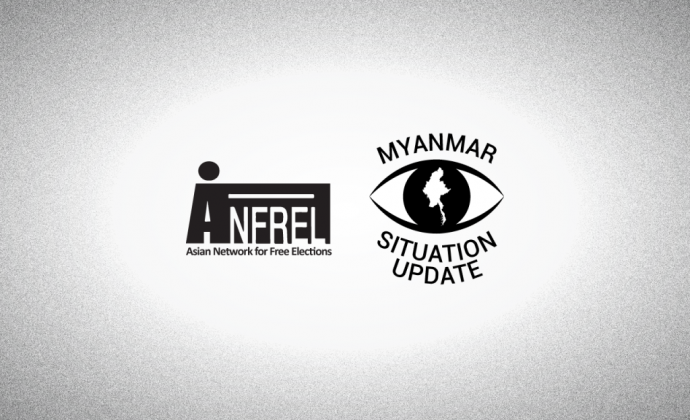 The National Unity Government of Myanmar (NUG) said it has successfully completed 1,128 attacks on military junta targets in Yangon over the past seven months. Since NUG declared its war against the military junta, it attacked 443 administrative and 587 military targets and 98 military-owned businesses, killing 253 and injuring nearly 300. Demoso-People’s Defense Force (PDF) also said in a statement that more than 300 junta troops were killed by the clashes in the last three months. The military junta reported heavy losses in Chin, Sagaing, Kachin and Karen in the last few months by the continued fight with PDF and ethnic armed forces.

In another announcement, NUG said it will reward $500,000 to airmen or sailors who defect from their unit with a military airplane or navy vessel, $300,000 per vehicle for causing serious damage to a parked jet fighter, military helicopter, logistics plane or warship, and $100,000 for anyone who can damage a jet fuel reserve tank, blow up a junta armory or weapons factory, or defect with a tank or armored personnel carrier.

Dr. Aung Moe Nyo, the ousted Magway Region Chief Minister who was under the military junta custody since the coup on 1 February 2021 and sentenced to two years in prison in July 2021, received a further 21-year prison sentence for charges including corruption. He was sentenced to 18 years in prison across six corruption charges, two years for incitement under Section 505(b) of the Penal Code and one year for breaking section 171(f).

The media reported that Thailand continued to send back Myanmar refugees who cross the border to Thailand despite life threats due to the attacks by junta forces including air raids and heavy artillery attacks. According to the United Nations High Commissioner for Refugees (UNHCR), Thai government sources estimate around 17,000 Myanmar refugees have crossed the border to Thailand since the coup. Only around 2,000 are currently living on the Thai side of the border.

The junta’s Central Bank announced that they can no longer hold their foreign earnings for more than one day and that they must exchange foreign currency into Myanmar Kyat including the foreign currency currently held in a foreign currency account. Responding to the junta announcement, the Japanese Embassy in Myanmar has asked the junta’s Ministry of Foreign Affairs to exempt Japanese companies and governmental organizations from the new directive.

As of 8 April 2022, the Assistance Association for Political Prisoners (AAPP) recorded that 1,735 people have been killed by the junta since the coup. There are 10,131 people currently under detention. There are 100 people who have been sentenced to death while 1,976 people are evading arrest warrants.