More, Not Less: A Call for Greater Election Observation in Malaysia

More, Not Less: A Call for Greater Election Observation in Malaysia

BANGKOK, 28 June 2012 – The Asian Network for Free Elections (ANFREL) wishes to acknowledge the Election Commission of Malaysia’s (SPR) recent accreditation of several organisations to observe the upcoming elections. Official accreditation from the election management body of a country is an encouraging indicator of a country’s openness and confidence in its election system. With accreditation, election observers should be able to act and move freely during the election period knowing that the election commission welcomes their presence.

In the recent case however, there are several points worth noting when it comes to accreditation. The first is that the accreditation should come “without strings attached” that is, free from obstacles and impediments setup by the election commission to control, influence, or put pressure on the groups doing observation. While an Election Commission can request a copy of observers’ reports, a requirement to do so before speaking to the public violates the independence of the Election Monitoring Organization. “A monitoring organization’s independence from the SPR is critical for them to earn the credibility necessary to be trusted by the people,” noted ANFREL’s Executive Director Somsri Hananuntasuk. There must be no hurdles put in the way of the observation groups’ rights to move and observe freely as well as issue reports & address the press & public as they wish.

Malaysia has a number of experienced, professional election observation groups that it is not too late to still utilize to observe the election. The Election Commission deciding that some groups are neutral while others are not opens it up to accusations of bias and of playing favorites. To minimize the dangers of this, when the SPR decides not to accredit a particular group, it should provide due process to the groups to whom it refuses to provide accreditation. If the SPR believes it has reason to deny a particular group, it must show proper cause, i.e. provide an explanation for, and the evidence behind, their decision making. Reasonable notice and an opportunity for a fair hearing must be given to challenged applicants before they are denied. By doing so, the SPR can avoid the appearance of arbitrary or partial decision making about which groups are ‘neutral’. This process needs to be a part of a broader framework of regulations/guidelines for election observation that the SPR will hopefully establish.

A final issue is the accreditation of International Observers. International observers add an additional objective voice and third party judgment as non-­‐citizens of the country where they are observing. The same point made above applies to International Observers. Just as should be done for domestic observation, the SPR should endeavor to setup a process where real, professional election observers, in this case from other countries, can be accredited and work professionally without additional restrictions placed on them by the SPR.

It is not too late for the SPR to accredit additional, professional election observation groups to maximize the coverage of observers across the country. Once they do, they will send the signal that they are confident in their management of the polls and transparent about the manner in which the polls will be conducted. By establishing a more clear and transparent accreditation process, the SPR can strengthen the observation of the election and, by doing so, the election itself. 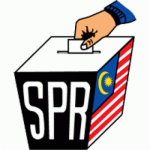