Posted by admin@anfrel.org With 0 Comment In South Korea, Statements

BANGKOK, 18 December 2013 – The Asian Network for Free Elections (ANFREL), a regional NGO that promotes and supports democratization in Asia, wishes to express its concern about the illegal intervention by state agencies in the South Korean Presidential Election in December of 2012. Those facts which have come out about the intervention demand a thorough, non-partisan, and timely investigation which, until today, has not been done. To rebuild confidence in the election system and establish the precedent that such acts can never again be repeated, independent prosecutors must be given the resources and freedom from political pressure to thoroughly investigate and, where necessary, prosecute all of those involved in the interventions.

We note with concern that such interventions by state agencies in elections are completely contrary to a number of international standards on elections. Recent investigations and media reports have revealed a troubling number of examples of alleged bias from a variety of state agencies that should instead be playing a neutral, non-partisan role during the elections. Among those reported, the supposed illegal interventions in the election by the National Intelligence Service (NIS) are the most worrying. On 6 December 2013, prosecutors stated that millions of messages had been posted or retweeted from 2,653 Twitter accounts belonging to members of the NIS’ psychological operations division during the 2012 presidential election. While the prosecutor’s investigation and prosecution is still on-going, the confirmed facts are troubling enough to require complete transparency and an explanation from the NIS and all state agencies about their actions during the 2012 elections.

We strongly implore the government to demand greater transparency and accountability from state agencies. Prosecutors and investigators looking into this should be given complete, unfettered access to agency records and must be given the mandate to freely carry out their investigation without any political interference. Reports of political interference in the investigation, if true, further undermine not only the election but also the judicial system itself. That prosecutors should at all times be free from political pressure is a foundational principle of democracy.

Free and fair elections are a basic, necessary condition for a democratic society and an essential component of a free and fair election is that election campaigns should be free from abuse of government resources and the interference of security forces and state agencies. All state agencies should remain professional and impartial, refraining from intentionally creating an advantageous atmosphere for particular candidates before elections.

As one of the most developed democracies in Asia, South Korea must set an example of both how to act during elections and how to investigate and provide justice afterwards if and when malfeasance takes place. People should be able to raise their voices and doubts about a fraudulent election without fear and their right to freedom of opinion and expression should be protected and respected at all times.

Therefore, we recommend the South Korean government to: 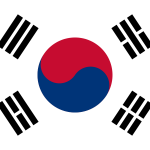