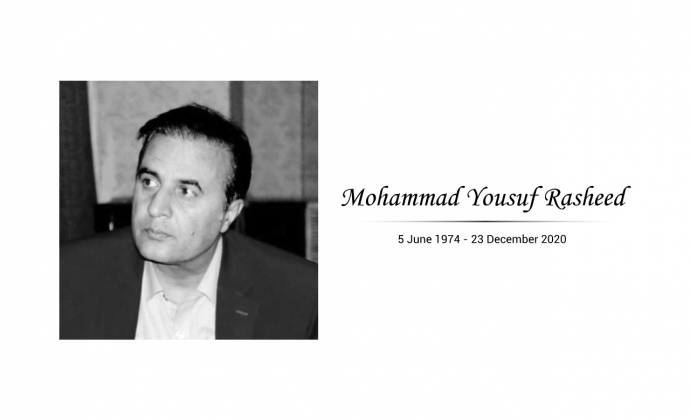 The Asian Network for Free Elections (ANFREL) is saddened by the passing of our dear friend Mohammad Yousuf Rasheed from Afghanistan.

On the morning of 23 December, Rasheed was shot in Kabul by unidentified gunmen while he was commuting to his office. He was transported to a hospital where he passed away from his injuries. Rasheed was targeted because of his long-standing commitment and hard work to achieve real democracy in Afghanistan.

Rasheed was the Executive Director of the Free and Fair Election Forum of Afghanistan (FEFA) since 2014. He had previously worked with NDI in various senior positions. He participated in many ANFREL missions and events, and was a respected and loved figure among the global election community.

ANFREL would like to offer our thoughts and prayers to Rasheed's family, friends, and colleagues at FEFA. He will be dearly missed.