Posted by admin@anfrel.org With 0 Comment In Network News, Pakistan 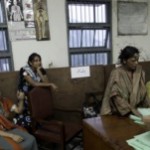 ISLAMABAD — Pakistan’s Election Commission on Sunday endorsed the country’s landmark elections that will see the first civilian-to-civilian transfer of power via the ballot box in the country's history. It declared the country’s elections for a new national assembly and government leadership as “largely free and fair.” But Pakistani non-governmental observers noted voting irregularities and terror attacks in parts of the country meant that not everyone’s voice was heard.

Free and Fair Election Network CEO Muddassir Rizvi says there were serious incidents of voting irregularities, fraud and intimidation in areas such as in the southern city of Karachi.

"In general, we are not questioning the legitimacy of the process in most parts of Pakistan except for certain constituencies in Karachi, and perhaps some constituencies in Baluchistan where the anti-election campaign was so active that in many instances the election commission could not even set up polling stations," said Rizvi.

The Election Commission said due to threats, the vote in 43 polling stations in the city would have to be re-held.

The FAFEN network deployed 41,000 observers across the country for the May 11 poll, including high-risk areas that international observers could not reach.  But the group said the level of terror threats in the northwestern tribal areas and the adjoining Khyber-Patunkhwa province made it difficult to determine how fair the elections were in those regions.

Prior to voting day, Taliban and other militant attacks killed more than 100 people, targeting political candidates and supporters of parties they perceived as secular and anti-Islamic.

“Whatever happened, happened before the polls, because the Taliban had very clearly stated that they would not want the PPP,  the outgoing government, and the liberal ANP and MQM to form the next government or even to campaign, so they had severe campaign challenges.  They could not freely campaign.  There were only two parties that vigorously campaigned, Nawaz Sharif’s Muslim League and Imran Khan’s PTI - so we can see the results, that you know, both these parties have done well," said Rumi.

Initial, unofficial, results show veteran politician and two-time prime minister Nawaz Sharif's Pakistan Muslim League-Nawaz Party far in the lead, and Sharif looks set to lead the country once again.  Former cricketer Imran Khan’s party, that made its political debut in the elections, had a stronger than expected showing, and handed him a strong regional foothold, but not enough to challenge Sharif’s party.

Accountant Abdul Qadeer says although he did not vote for Sharif, he feels the elections were a success.

"I am proud that I casted my vote and that was the indication of my vote. My whole family voted. We voted for Imran Khan, but my full sympathies and full support is for Nawaz Sharif and he should come up and take this nation with him, and he should leave his faults in the previous governments and he should come up with new ideas and new things that will make us a proud nation," said Qadeer.

The challenges for any new government are considerable. Pakistan has a weak economy, major energy shortages, and powerful extremist and militant groups that the past government was unable to control

The hope appears to be that Sharif, a protégé of Pakistan’s powerful military until he challenged them and found himself in jail, will draw upon his past political experience to tackle these problems.

With expectations running high, Sharif and his party could quickly come under pressure to show effective leadership.