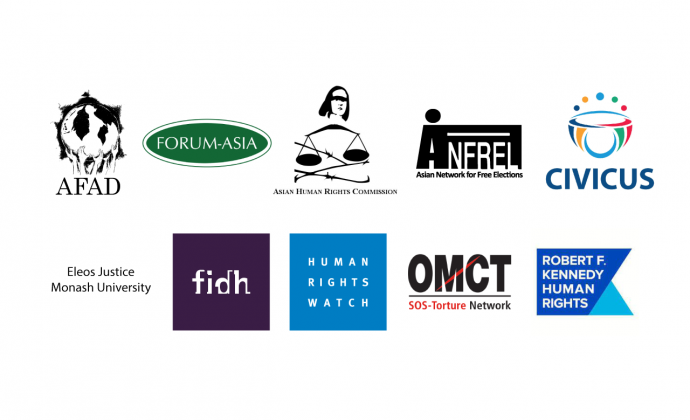 The Bangladesh government has failed to address widespread allegations of torture and ill-treatment by its security forces, ten rights groups said on the International Day in Support of Victims of Torture. The groups called on the United Nations and concerned governments to take decisive action.

Law-enforcement and intelligence agencies in Bangladesh, including both the police and soldiers seconded into civilian law enforcement are credibly accused of torture and ill-treatment of detainees and suspects. Such acts have included: beatings with iron rods, belts, and sticks; using electric shocks on their ears and sexual organs; waterboarding; hanging detainees from ceilings and beating them; deliberately shooting to maim, including knee-capping them; forcing prolonged exposure to loud music and sounds; committing mock executions; and subjecting them to forced nudity. Hundreds have become victims of enforced disappearances and extrajudicial killings.

“Bangladesh human rights activists, international groups, and UN experts have all raised concerns about security force abuses including ill treatment in custody only to be met with denials and lies,” said Brad Adams, Asia director at Human Rights Watch. “Over the past several decades Bangladesh leaders pledged reform but each government has scaled up such atrocities, fostering a culture of abuse and impunity among security forces.”

The Bangladesh government failed to follow-up as required in August 2020 after the UN Committee against Torture made concrete recommendations to prevent and address torture during the country’s review under the Convention against Torture in July 2019. These recommendations included official statements at the highest levels that torture will not be tolerated and that law enforcement authorities must end unacknowledged detentions.

The committee said that the government should establish an independent mechanism to investigate all allegations of torture or ill-treatment by law enforcement officials, enact legislation to protect victims and witnesses, and publish a list of all detention sites.

Following the review, the UN human rights body described the police as a “state within a state,” asserting that “in general, one got the impression that the police, as well as other law enforcement agencies, were able to operate with impunity and zero accountability.”

Seven years after its implementation, in 2020, a Bangladesh court ordered the first ever conviction under the 2013 Torture and Custodial Death (Prevention) Act. Activists hoped this would pave the way for investigations and accountability for the dozens of documented reports of torture by security forces. However, following the 2020 conviction, the victim’s family told the media that they faced repeated pressure, threats, and offered bribes by law enforcement to drop the case. Furthermore, Bangladesh police have repeatedly called for the government to amend the 2013 Torture Act to make it less prohibitive, casting doubt on the hope some harbored that Bangladesh’s security forces may be serious about ending torture.

Mushtaq Ahmed, a writer, died in prison on February 25, 2021, after being held in pretrial detention for nine months for posting on Facebook criticism of the government’s response to the Covid-19 pandemic. His death caused a public outcry. Ahmed Kabir Kishore, a cartoonist, who had been detained with Ahmed by members of the Rapid Action Battalion (RAB), was released on bail. Kishore filed a legal claim alleging that he was tortured, and also described the torture Ahmed said he had undergone while they were illegally detained.

“Mushtaq was smelling strongly of urine,” Kishore said. “He too had been picked up a few days ago and had been beaten a lot. He was electrocuted in the genitals. There were newspapers on the floor and I asked Mushtaq to use that to clean himself. He took off his underwear and threw it away—I saw that it had excrement in it. He had defecated in his pants from the torture, he told me.”

When 13 Diplomats expressed grave concern about Ahmed’s death in custody and called for “a swift, transparent, and independent inquiry into the full circumstances” of his death, Foreign Minister AK Abdul Momen told the media to “stop giving publicity to this sort of nuisance.” The government has yet to hold an independent and transparent investigation into Ahmed’s death.

Rights groups have extensively documented crimes of torture, extrajudicial killing, and enforced disappearances, in particular by the Detective Branch of police and the RAB, a paramilitary force notorious for committing acts of torture, extrajudicial killings, and enforced disappearances, and have called for RAB to be disbanded. In March 2021, UN High Commissioner for Human Rights Michele Bachelet affirmed that “[a]legations of torture and ill-treatment by the Rapid Action Battalion have been a long-standing concern.”

In October 2020, US senators published a bipartisan letter calling for targeted sanctions against top RAB officials for torture, extrajudicial executions, and enforced disappearances under all applicable authorities, including the Global Magnitsky Human Rights Accountability Act. The US government should swiftly move forward with these measures and should be joined by other concerned jurisdictions with similar sanctions regimes including the UK, EU, and Canada.

The UN Committee against Torture has expressed concern “that personnel that have served with the Rapid Action Battalion have frequently been deployed for service with United Nations peace missions” and called for an independent inquiry into allegations of grave abuses by the Rapid Action Battalion. Bangladesh is the top contributor of peacekeeping troops in the world, yet these troops are not being sufficiently vetted to ensure abusive practices inculcated at home are not tacitly condoned and exported to missions abroad, the groups said.

“The United Nations should stand with victims of torture in Bangladesh by ensuring that abusive security forces cannot ‘blue-wash’ their reputations through deployment in UN peacekeeping operations,” Mohammad Ashrafuzzaman, liaison officer of the Asian Human Rights Commission. “The UN department of Peace Operations should start by taking a serious look at how their human rights vetting policy is being applied in Bangladesh.”

The UN should undertake a comprehensive review of its ties with the Bangladesh military. All discussions about increasing Bangladeshi troop deployments in UN missions and high-rank posts should be put on hold pending the results of such an investigation, the groups said. The UN Department of Peace Operations should sever all ties with any units, soldiers, and commanders found responsible for serious human rights abuses, including commanders who failed to prevent or punish abuses by individuals under their command.

In addition, the UN department of Peace Operations should carry out increased vetting for all personnel with a history of RAB affiliation under the 2012 UN policy on Human Rights Screening of United Nations Personnel which requires verification that any individual serving the United Nations has not committed any “violations of international human rights law and international humanitarian law.”

The UN Human Rights Council should adopt a resolution on enforced disappearances, torture, and extrajudicial killings in Bangladesh.

“Bangladesh authorities have long been sweeping allegations of torture under the rug,” said Angelita Baeyens, Vice President of International Advocacy and Litigation at Robert F. Kennedy Human Rights. “The government should heed recommendations by the UN rights bodies and address abuses by its security forces.”