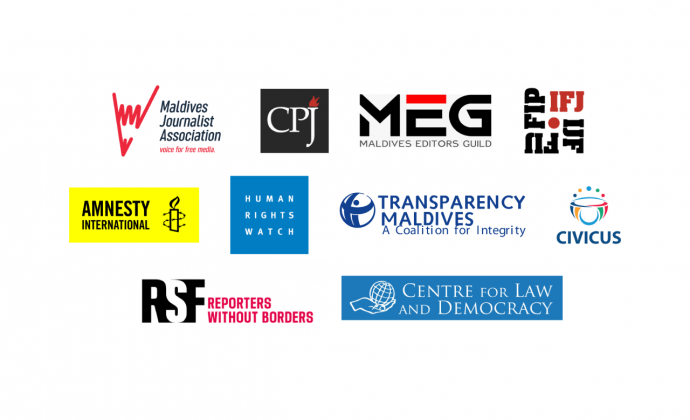 Transparency Maldives, one of the signatories in this joint statement, is a member of the Asian Network for Free Elections (ANFREL).

25 July 2022: The undersigned 10 organizations call on the government of Maldives to repeal or amend the deeply problematic provision in the Evidence Act (Act No. 11/2022) that compels journalists to reveal sources on court orders and to ensure the rights to privacy, freedom of expression and the press in line with international human rights law.

Article 136 of the new law uses vague and overbroad terms such as “acts of terrorism” and “national security related crimes” when identifying instances where journalists can be compelled to disclose their sources. These overly broad categories, which are not defined, are deeply concerning due to the Maldives’ long history of stifling peaceful dissent and muzzling press freedom using “acts of terrorism” and “national security related crimes” as an excuse to arbitrarily arrest, jail and even torture political dissidents, journalists, and human rights defenders and activists.

The Act also mandates courts to decide, on a balance of probabilities, whether to order source disclosure. This clearly fails to respect international standards for restrictions on freedom of expression, which rely on a three-part test requiring, among other things, any restriction to be “necessary”.

Journalists who refuse to disclose a source, after being ordered to do so by the court, can be found in contempt, and face up to three months in jail or be fined.

The Maldivian parliament ignored a comprehensive document listing concerns and recommendations which was provided to the parliament by the Maldives Journalist Association (MJA) and the Maldives Media Council (MMC). The parliament also ignored calls from Transparency Maldives, International Federation of Journalists, Amnesty International, Reporters Without Borders, Committee to Protect Journalists and other organizations that urged the authorities to uphold their international human rights obligations and remove provisions that put impermissible restrictions on the rights to privacy, freedom of expression and press freedom.

The signatories of this statement also note that President Ibrahim Mohamed Solih ignored a petition by 158 Maldivian journalists calling on him to refuse to sign the bill into law.

The current provisions – which will become enforceable within six months – are a grave threat to press freedom and freedom of expression in the Maldives. It will have a dramatic impact on the work of journalists including the loss of access to important sources who might refuse to talk to journalists out of fear of being exposed in a court of law. This will have a chilling effect on the work of journalists investigating and reporting on human rights violations, corruption, and abuse of power by state authorities.

This is an opportunity for the Maldivian government and parliament to demonstrate their commitment to human rights and rule of law by ensuring that the progress made with regard to promotion and protection of freedom of expression and press freedom in the Maldives is not reversed.