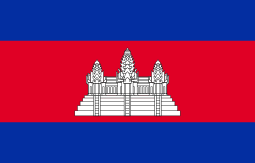 Posted by Rang ANFREL With 0 Comment In Cambodia, Statements

For the PDF copy of the letter, please click link: Joint Letter on Cambodia's Political Instability

Bangkok, Thailand – On the occasion of the 32nd Association of Southeast Asian Nations (ASEAN) Summit, seven international non-government organizations wrote a letter to H.E. Dr. Vivian Balakrishan, Foreign Minister of the host country, Singapore,expressing concern on the deteriorating state of human rights and democracy in Cambodia.

In the letter, the organizations described the Cambodian Government’s dissolution of the major opposition party, the arrests of opposition leaders and human rights activists, and the crackdown on independent media and civil society as disharmonious to ASEAN’s principle to “’promote regional peace and stability through abiding respect for justice and the rule of law,’ and should​ ​be​ ​seen​ ​as​ ​nothing​ ​less​ ​than​ ​a clear​ ​violation​ ​of​ ​the​ ​spirit​ ​and​ ​letter​ ​of​ ​the​ ​1991​ ​Paris​ ​Peace Agreement, which ended the nation’s 12 year civil war.”

The groups appealed before ASEAN to mediate between the stake holders in the country until the conditions show improvement, and called on the Indonesian Government, as the co-chair of the 1991 Paris Peace Accords, to reconvene ahead of the July 2019to bring about collective actions to reverse the country’s trajectory of democratic decline.

The following organizations signed the letter:

For the PDF copy of the letter, please click link: Joint Letter on Cambodia's Political Instability