BANGKOK, 13 JANUARY 2014 - ANFREL is deeply saddened by the loss of life brought by security forces recent crackdown on protesters in Cambodia. The tragic loss of life demands an impartial and thorough investigation designed to bring justice to the families of the deceased. The action against labor protesters on the 02nd & 03rd of January was followed by a harsh crackdown against the ongoing political protests in Phnom Penh's Freedom Park that have been taking place on and off since the deeply flawed July 2013 election. In the week since, the government has enforced a general ban on protests that is in clear violation of citizens' freedom of assembly.

While the government has helpfully expressed regret for the deaths that occurred during the crackdown, it needs to show its sincerity through action.  To take the next just and logical step in improving the situation, the government should establish an impartial investigatory committee into the deaths. Parallel to the investigation, the government must ease restrictions on protests to allow the opposition to return to rally peacefully in the streets if they so desire.

The crux of the larger protests organized by the Cambodian National Rescue Party (CNRP) that are now in their 6th month is the flawed elections that took place on 28 July 2013. Very grave problems with the voter list, identity cards, and the questioned neutrality of key institutions such as the election commission and government controlled media all led to an election that lacked integrity. Without the legitimacy that a proper election provides, the ongoing street protests and discontent of the opposition is unsurprising. ANFREL at the time maintained that the election had serious problems that revealed a deep need for electoral reform and actions since have only indicated further that electoral reform and a fresh, legitimate election are indeed truly needed.

To ensure that Cambodia’s democratic development keeps up with the country’s economic development of the last few years as is needed, the government and protesters must sit down to substantive talks regarding badly needed reforms in the country. Those talks should establish a framework for electoral reforms and a timeline for a new election in 2015 once reforms have been adopted and implemented. Only by investigating the violence and sitting down for such negotiations with labour unions and the primary opposition party to set a course for true electoral reform and a new election can the government show its true desire to build a long-term, sustainable peace in the country. 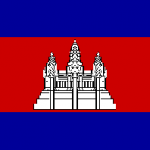