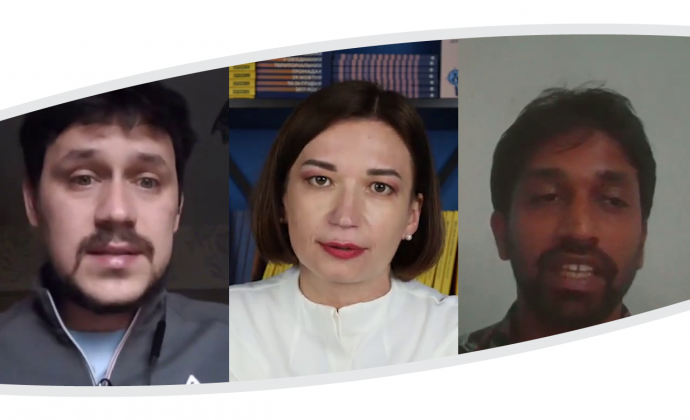 As the situation in Myanmar becomes more violent, the international community needs to intervene and help restore democracy in the country or things will get worse, ANFREL program officer Tharindu Abeyrathna said in a new online show GNDEM Talk hosted by Ukraine-based group Civil Network OPORA.

The show puts a spotlight on the situation in Myanmar where the military staged a coup on 1 February 2021 and seized power from the civilian government. The Myanmar military alleged that there was massive electoral fraud in the general elections held on 8 November 2020 and used this as a reason for the staging of the coup. The country has since been placed under a state of emergency.

“What we see in Myanmar is that the people continue their resistance against the coup and the military,” said Abeyrathna. “There is a tension between the civilians and the military.”

As of 14 June 2021, 863 people have been killed by the junta and 6,046 people have been arrested, including 4,880 people still under detention, according to the Assistance Association for Political Prisoners (AAPP Burma).

ANFREL senior program officer Amaёl Vier said there was no proof of fraud and the military, a key economic and political actor in Myanmar, might have staged the coup to stay in power as they have failed to win commanding votes in the previous elections. But even with their failure in the elections, the constitution they drafted still afforded the military key roles in government.

Abeyrathna said both local and international elections observers have said that the elections in Myanmar were peaceful despite the shortcomings in the elections including the disenfranchisement of the Rohingya community whose right to vote was not recognized.

Prior to the coup, however, domestic election observer groups in Myanmar released a statement saying that the "results of the elections were credible and reflected the will of the majority of voters."

In the comprehensive final report of ANFREL’s international election observation to the 2020 Myanmar General Elections, ANFREL has expressed that “the results of the 2020 general elections, were, by and large, representative of the will of the people of Myanmar.”

The people of Myanmar continue to resist by staging protest actions in different parts of the country. The National Unity Government has since been established and abolished the 2008 constitution with a committee tasked to draft a new constitution. The military, however, remains relentless in their pursuit to take control.

Civil Network OPORA premiered the first episode of their special monthly online show GNDEM Talk, which aims to discuss electoral processes and democracy around the world. GNDEM or the Global Network of Domestic Election Monitors is a network of non-partisan election monitors ensuring free and fair elections around the world with 251 members in 89 countries and nine regional members in Africa, Asia, Europe, Latin America, the Caribbean, the Middle East and North Africa.