Posted by Kristina Uy Gadaingan With 0 Comment In ANFREL News

Wolesi Jirga as house of people is supposed to make a historic decision regarding the presidential decree on amendment of the Law on the Structure, Duties and Authorities of Electoral Commissions tomorrow. Considering the experience of 2014 elections, the need for holding a free and fair election and increasing public trust on national processes including election the National Assembly specially Wolesi Jirga is expected to play a historic role in electoral reform process. The previous decision of National Assembly regarding the rejection of presidential decrees on amendment of the electoral law faced serious criticisms of people. Beside, government the national assembly is also responsible for delay and ambiguity of electoral reform process. The rejection of presidential decrees on electoral reform by the National Assembly led to prolonging of ambiguities on electoral reform and holding of upcoming parliamentary and district council elections. Similarly, there are many questions on legitimacy of continuation of work of Wolesi Jirga.

The civil society organizations, political parties and people of Afghanistan will seriously follow the decision making process of Wolesi Jirga tomorrow to understand how the MPs represent their constituents in a national process. We believe that Wolesi Jirga makes the proper decision about electoral reform and wish them more success. 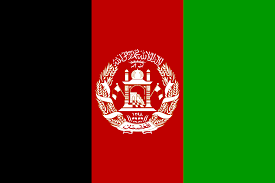