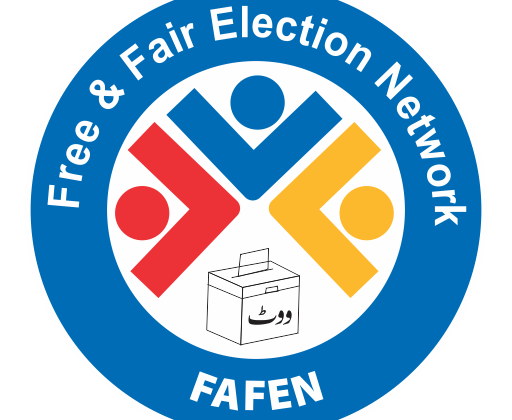 Posted by Campaign and Advocacy With 0 Comment In Network News, Pakistan

Pakistan’s 10th General Election were held on July 25, 2018, marking the completion of a decade of
continuous democratic rule under civilian governments. While successive elections and peaceful
transfers of power suggest that a degree of democratic consolidation has occurred since 2008,
controversies generated during each election cycle have continued to deepen pre-existing political
cleavages. The significance of non-partisan election observation, a powerful tool for improving the
quality of elections and enhancing citizens’ understanding and confidence in political and electoral
processes, cannot be overstated in the context of Pakistan’s contemporary fragmented politics and
evolving but fragile democratic system.

Free and Fair Election Network (FAFEN), a nationwide coalition of 54 Pakistani civil society organizations
(CSOs), has built a strong reputation over the last decade among the full range of electoral
stakeholders, including the Election Commission of Pakistan (ECP), political parties and the media, as
the country’s first and only data-driven, credible and independent domestic election observation
network. FAFEN has successfully observed three General Election (GE) held since 2008 as well as all by-elections and local government elections.

The Observation Methodology has also taken into consideration Pakistan’s international legal
commitments relevant to both election administration and election observation that are based on the
country’s ratification in 2010 of the International Covenant on Civil and Political Rights (ICCPR) and of
the Convention against Corruption (CAC) in 2007. Other particularly relevant international legal
obligations stem from Pakistan’s ratification of the Convention on the Elimination of all Forms of
Discrimination against Women (CEDAW) in 1996 and the Convention on the Rights of Persons with
Disabilities in 2011.