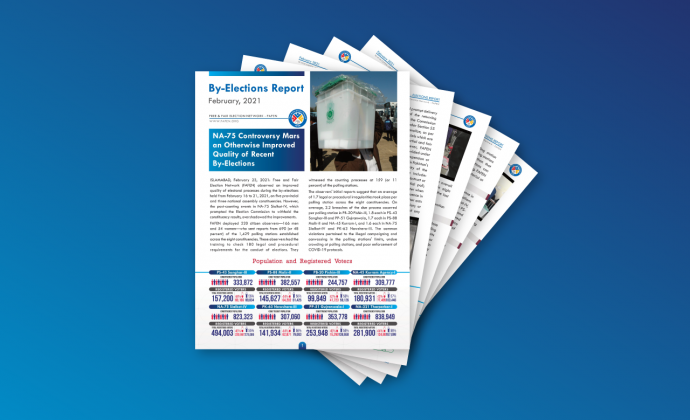 ANFREL member in Pakistan, the Free and Fair Election Network (FAFEN), said they observed an improved quality of electoral processes during the by-elections held from 16-21 February 2021 in five provincial and three national assembly constituencies.

FAFEN said the management of voting and counting processes inside polling stations saw improvements during the by-elections compared to the last general election and subsequent by-elections. Common violations observed were related to illegal campaigning and canvassing in the polling stations' limits, undue crowding at polling stations, and poor enforcement of COVID-19 protocols.

FAFEN, however, took note that the post-counting events in NA-75 Sialkot-IV overshadowed the improvements as the Election Commission was prompted to withhold the constituency results.

The firing incidents in NA-75 and the overnight disappearance of presiding officers of 20 polling stations and critical election material, including ballots, resulted from the failure of police and security forces, who were responsible for the safe and prompt delivery of election material to the office of the returning officer, FAFEN said.