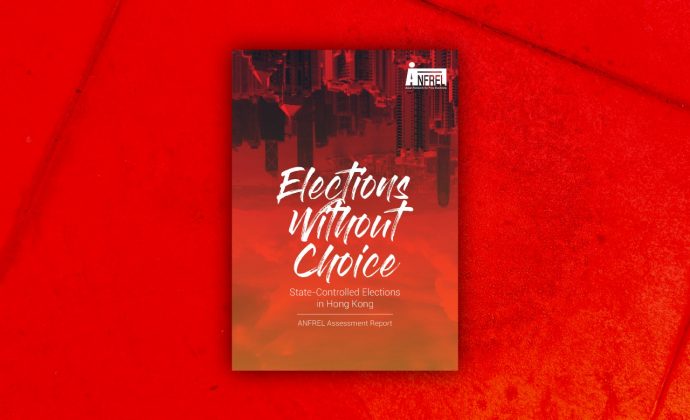 The Asian Network for Free Elections (ANFREL) released its assessment report on Hong Kong's latest electoral changes on 8 April 2022 at the Foreign Correspondents' Club of Thailand (FCCT) in conjunction with a public screening of Hong Kong protest documentary film Revolution of Our Times.

The report seeks to detail how the drastic changes in Hong Kong’s electoral system and shrinking civic space systematically cause a regression of electoral democracy in the city-state. ANFREL hopes that this will lead to further action to push back against China’s authoritarian agenda and to continue defending democracy in Hong Kong.

The effort to defend fundamental freedoms against adversity must carry on, and we stand in solidarity with the people of Hong Kong as they keep the flame of democracy alive.