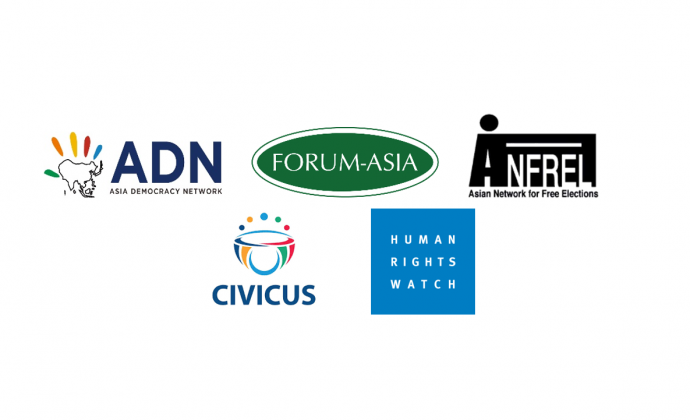 Posted by Campaign and Advocacy With 0 Comment In Hong Kong, Statements

(Bangkok, 16 August 2019) – We, the undersigned civil society organisations, express our deep concerns on the escalating violence in Hong Kong, and urge the authorities to ensure conditions for peaceful assembly and association are present, and the protestors to exercise their rights to protest peacefully. We call on the Hong Kong Government to take meaningful action to curtail actions by law enforcement that escalate this violence and to proactively address the demands of the Hong Kong protesters.

The protests started over proposed amendments to the extradition laws which would have allowed local and foreign suspects to be extradited to mainland China. Such a move would undermine Hong Kong’s judicial independence and exposes suspects to risks of human rights violations. Despite statements that the bill is ‘dead,’ the Chief Executive of Hong Kong has stopped short of withdrawing it.[1]  Protesters are calling for its complete withdrawal, as well the unconditional release of arrested protesters and the subsequent dropping of charges against them. They are also calling for the Government to drop the use of the word ‘riots’ in relation to the protests, initiate an inquiry to police brutality, and implement genuine universal suffrage in Hong Kong.

Over the past few weeks, the police have repeatedly used tear gas, pepper spray and rubber bullets to disperse protesters, in several cases, causing severe injuries.[2] Protesters have been subjected to indiscriminate violent attacks both from the police and from unidentified individuals. These actions are often excessive and violate international human rights norms. Protesters have also been witnessed attacking police officers and destroying property. Recent reports of Chinese military troops in the Hong Kong border may signal further escalation of tensions over the coming days.

The undersigned organisations also raise concerns over the use of the term 'terrorism' by Chinese officials to describe these protests.5 Such discourse delegitimises the valid concerns of the protesters, and seeks to justify possible extreme measures against them. We particularly note allegations that China’s State-sponsored media have started to label the Hong Kong democracy group Demosisto as a separatist movement, in efforts to stain their credibility.

The undersigned organisations condemn these violations as they continue unabated in the absence of meaningful action from the Government.  We call on the Government of Hong Kong to immediately take meaningful action to de-escalate the situation, including through taking steps to genuinely engage with pro-democracy leaders, and address concerns on the violations of the rights of the Hong Kong people.

We call on all parties to help ensure that the rights to freedom of expression, assembly and association can be exercised peacefully, and to immediately end all forms of violence. Police forces must ensure their actions are justified, and strictly proportionate to the risks faced at hand, including when considering the use of pepper spray, tear gas, and rubber bullets, among other measures. The use of any such weapons should be done in strict observance of the UN Basic Principles on the Use of Force and Firearms by Law Enforcement Officials. The Government should initiate investigations into violations of freedom of peaceful assembly by state forces. Protesters should express their views in peaceful ways, and refrain from resorting to violence.

We also call on the Hong Kong Government to immediately release all who have been arrested for conducting peaceful assembly and association, and to drop all charges against them.

As protests continue, we call on the international community to keep monitoring the human rights violations and abuses, and use bilateral and multilateral fora to speak out against such. We also urge the international civil society to provide solidarity to the Hong Kong people as they strive to claim and protect their rights.