The Announcement of 2016 Gwangju Prize for Human Rights Recipients

The 2016 Gwangju Prize for Human Rights Committee has chosen Nguyen Dan Que and BERSIH 2.0 (Gabungan Pilihanraya Bersih dan Adil), as the co-recipient of the Prize. Nguyen Dan Que is a Vietnamese pro-democracy activist in Saigon and BERSIH 2.0 is the Coalition for Clean and Fair Elections.

Que was born in April 1942 in Hanoi in Vietnam and received an M.D. from Saigon University. He had fought for human rights and democracy and criticized the communist regime's discriminatory health care policy. He was outspoken on behalf of those who had no voice, challenging the government's practice of selectively treating communist party members while neglecting the poor.

In 1976, he joined forces with some friends who shared his frustration at the lack of basic human rights in Vietnam and founded the non-violent National Progressive Front. Dr. Que was arrested along with nearly 50 fellow activists and was detained for 10 years without formal charges or a trial, beaten, tortured and placed in solitary confinement.

Respected non-governmental organizations like Amnesty International and Human Rights Watch pressed for his release. It was finally granted in 1988, but his health had deteriorated considerably. Dr. Que was not silenced by this horrific experience. He founded the Non-Violent Movement for Human Rights to return to the Vietnamese people the right to choose their own form of government according to their will through free and fair elections.

He was arrested one month later in June 1990 and tortured and imprisoned without a trial. In November 1991, Dr. Que was brought to trial on charges of trying to overthrow the government. Despite vocal opposition by the U.S. Congress, Dr. Que faced a brief trial, without witnesses or legal representation, and was ultimately sentenced to 20 years of hard labor and five years of house arrest. However, he never gave up what he was doing for human rights and democracy. For instance, he established the "Vietnamese Bloggers Network" and "the Vietnamese Women for Human Right Association" in 2013. At the start of 2014, Dr. Que called for all former prisoners of conscience to unite in a league across the country and continue rallying for human rights and democracy in Vietnam. In this context, he and his colleagues founded the Association of Former Prisoners of Conscience.

Dr. Que's quest for freedom for his people, and the persecution he has suffered have inspired men and women around the world to speak out on his behalf. Among them, the Robert F. Kennedy Memorial Center for Human Rights presented Dr. Que with the Robert F. Kennedy Human Rights Award. Inspired by his courage and his persistent determination to fight for a free and democratic Vietnam, the US Congress honored him by passing Joint Resolution SJ 168. President Clinton subsequently signed it into Public Law: 103- 258 designatingMay 11 as Vietnam Human Rights Day.

BERSIH 2.0 has been an example of strength for the country in the face of mounting challenges from the state. For the first time ever, BERSIH 2.0 gave vibrancy to electoral reform and made it a national agenda for change with its eight demands. This brought them together on the streets to unite for a common cause - free and fair elections. Through mass rallies, it raised political issues and contributed to narrowing gaps in culture, religion, and between ethnic groups. In addition, the rally had raised Malaysia citizens' awareness to the irregularities and controversies in the electoral system and gave them a hope to unite the nation.

The global campaign started by overseas Malaysians saw the formation of global BERSIH and support had been tremendous at every BERSIH rally. It now boasts a network of 85 cities and has recently registered itself to continue with the international advocacy work with overseas Malaysians. In June 2015, Global BERSIH will make its first oral intervention at the UN Universal Periodic Review in Geneva and will present the state of democracy in Malaysia to UN mandate holders.

The Committee found that the value of human rights and peace were realized by Nguyen Dan Que and BERSIH 2.0. We highly praised Dr. Que's achievements even after horrific imprisonments that inspired other Asian regions. Furthermore, the Committee reached an agreement to select BERSIH 2.0 as co-winner with Dr. Que, expecting them to band together with us and promote human rights and peace in Asia regions

The May 18 Memorial Foundation firmly believes that today's decision will deepen solidarity and cooperation in Asian regions and give us a great opportunity to promote human rights and peace.

In Jaegeun (Member of the National Assembly)

Cha Myeong seok (Chairman of the May 18 Memorial Foundation)

* In order of the Korean alphabet 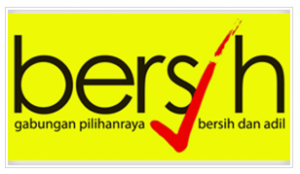