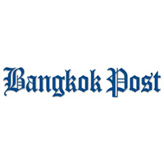 Myanmar's "political openness should be unconditional", the chief of an Asian election watchdog said on Thursday after she and two aides were deported from the country.

Asian Networks for Free Elections (Anfrel) executive director Somsri Hananuntasuk said she was forced by the Myanmar authorities to leave the country on Tuesday night and her assistants, Rangsima Suttipongkiat and Tadzrul Adha, faced the same fate a day later.

The two Anfrel staff were asked to return to Bangkok on Wednesday night. Ms Somsri, a veteran poll watcher, was "de facto" deported from Myanmar after staying in the country for six days.

The Anfrel team had been in Myanmar since March 15 to verify if Naypyidaw would approve accreditation for independent observers during the April 1 by-elections, in which the Nobel laureate Aung San Suu Kyi will be a candidate.

The regional poll observers had sent official requests to Naypidaw through the Yangon Election Committee but did not receive any response. The three-member team eventually was told they were travelling on the wrong visa.

Naypyidaw announced after deporting the poll observers that they will only allow two election monitors each from the United States, the European Union, Japan, China and South Korea, as well as the United Nations. Three journalists from these countries will also be allowed. Asean members could also send observers to Myanmar.

"If democratisation has to be sustained and if the Myanmar government is transparent and sincere, they should allow free coverage of local and regional civil society participation in the observing mission," Ms Somsri said.

She doubted whether Naypidaw had any hidden agenda about allowing western observers in exchange for partial or all lifting of sanctions. "After all, those (designated) observers should be able to have free access to any poll booths, not just go to certain specified places - otherwise the monitoring can only be cosmetic."

Ms Somri said she remain undecided whether to apply for a business visa to get back to Myanmar and observe the election.

The April 1 election will see 48 seats in the 650-seat Union Parliament contested - 40 for the lower house, six for the upper house and two for regional assemblies.

Read it online at: http://www.bangkokpost.com/breakingnews/285525/anfrel-calls-for-myanmar-sincerity