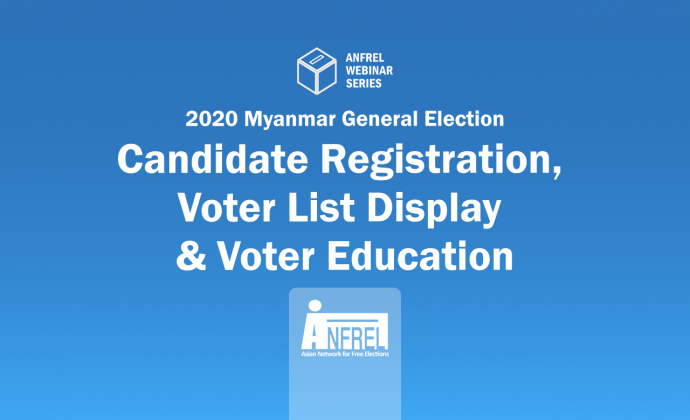 In the second part of the ANFREL Webinar Series, election monitoring groups in Myanmar encouraged voters to participate in the electoral process.

Amid calls for "no vote", Daw Mya Nandar Thin of the New Myanmar Foundation (NMF) said democracy in Myanmar is very young and that the country is still under democratic transition. She encouraged voters to participate in the process and take advantage of their right to vote.

Activities for the upcoming 2020 Myanmar General Election are currently underway. The preliminary voter list was released on 25 July 2020 and displayed publicly in various cities around the country and was extended to remain posted until 14 August 2020.

Daw Win Myat Tun of the Myanmar Network for Free and Fair Elections (MYNFREL) said devoting time to check the list for verification may be difficult for some voters and that extending the display period would help so that many people can check the voter list. Putting the list online would also make it more accessible to more voters. She also mentioned the challenge to ethic groups as the lists posted in their area were not in their local language. 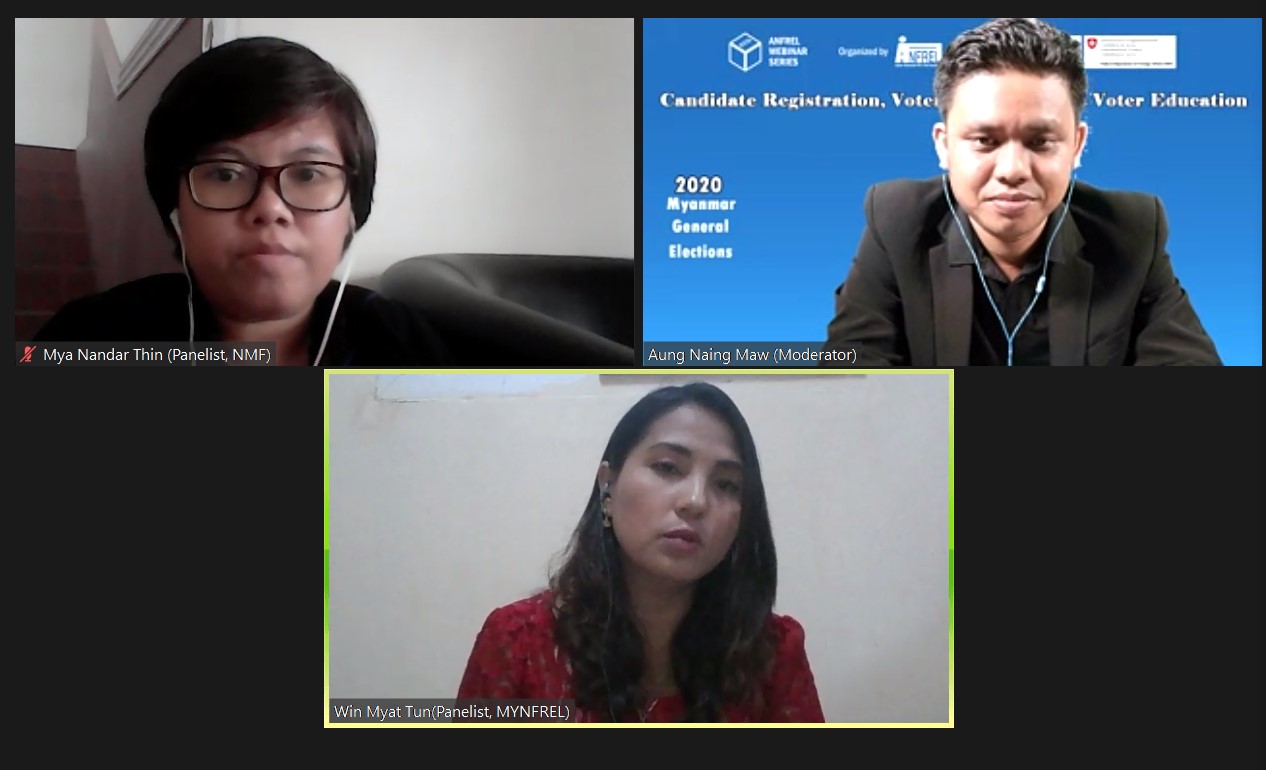 Both of the webinar speakers agreed that the COVID-19 pandemic poses several challenges especially when engaging election stakeholders. Daw Mya Nandar Thin said some voters refrained from looking at the list because of the current situation. One solution to address this, she said, is to deploy election officers in the locality to check voter lists on behalf of the voters.

When it comes to voter education efforts, the restrictions in place to mitigate the risks of the disease transmission in the community make it difficult to organize meetings and engage voters.

Daw Win Myat Tun said voter education efforts should be inclusive and that the approaches should be appropriate to various sectors. She said the UEC and the respective government departments should also get involved as well as other political parties in providing voter education.

This webinar is part of a series of webinars which aims to create public awareness on democratic elections and a platform for various groups to discuss election issues in the lead up to the 2020 Myanmar General Election scheduled for 8 November 2020.

Last month, ANFREL hosted a discussion on the importance of inclusiveness in elections. ANFREL is holding monthly webinar sessions to provide a platform for civil society organizations to discuss election-related issues and promote democratic elections in Myanmar.