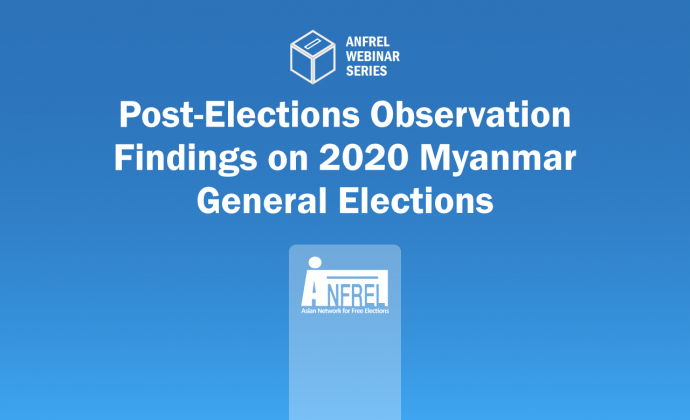 Several domestic election observer groups, during a webinar that ANFREL hosted, urged the Union Election Commission (UEC) to provide more opportunities for election stakeholders to participate in the electoral process in Myanmar.

ANFREL hosted a webinar about post-election findings of election observer groups in Myanmar on 25 January 2021. The ANFREL Webinar Series aims to raise public awareness on democratic elections and create a public platform for civil society organizations to discuss election-related issues and concerns.

Khun Zaw of the Shan-based Democracy for Ethnic Minority Organization — DEMO asked the UEC to give civil society opportunities to participate in the electoral process.

Aung Naing of the Rakhine-based Arakan Election Monitoring and Observation Consortium — AEMOC echoed the call and asked for equal opportunities for stakeholders (parties, candidates, voters) to participate in the elections including consulting stakeholders on matters involving election postponements. 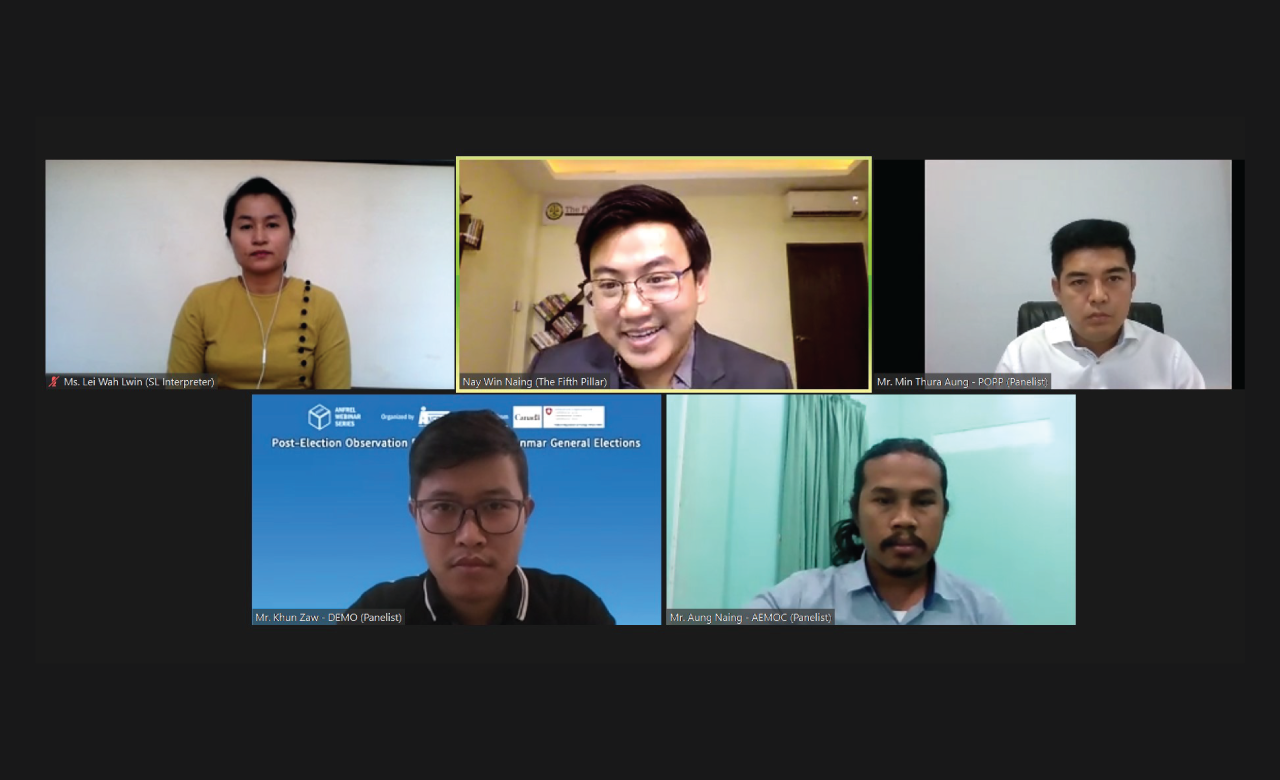 Webinar panelists and moderator. Sign language interpretation was made available throughout the discussion.

If the UEC is willing to conduct elections affected by postponements, Aung Naing said now is the right time to do so as the security situation in Rakhine is improving. Khun Zaw said they recommend reconvening the elections in the soonest possible time, as well.

Min Thura Aung of the Bago-based Pace on Peaceful Pluralism — POPP said rules and regulations that serve as barriers to free and fair elections should be reviewed and reformed. He said lessons need to be fully learned and those lessons need to be properly interpreted in the coming elections otherwise they will not turn into actions.

Nay Win Naing of The Fifth Pillar moderated the discussion.