Posted by Kristina Uy Gadaingan With 0 Comment In Statements, Thailand

ANFREL expresses its serious concern on the Thai government’s decision to ban election monitors and its imposition of strong restrictions against freedom of speech in the light of the upcoming 7-August referendum in Thailand. The process to decide on its new constitution should be made free, fair, and credible. ANFREL finds these restrictions as an affront to human rights and the basic principles of electoral democracy. ANFREL urgently calls on all concerned agencies to review these policies and take immediate action in order to guarantee the Thai people’s right of suffrage and freedom of expression. Every Thai citizen should be guaranteed by the state their right to express their opinion freely without fear or restrictions.

Media reports of the junta government placing a ban on all civil society to monitor the process and the recent arrest of groups and individuals campaigning to ‘reject’ the draft constitution raise a serious concern as the world eagerly watches Thailand return to democracy. Allowing election monitors and guaranteeing the people’s freedom of speech are the most important elements in promoting transparency and thus strengthening the credibility of the process and its outcome. It is unfortunate that the recent actions carried out by the junta government can be considered as a missed opportunity to regain the people’s trust.

Furthermore, the restrictions placed on public discussions regarding the draft constitution greatly limit the available information to the people. As endorsed in the Bangkok Declaration on Free and Fair Elections, voters should be allowed to make informed choices and participate fully in the process. Lack of access to information can lead to “disenchantment with the electoral system and limits the ability of citizens to exercise their rights to free expression, peaceful assembly and free association.” Therefore, dissemination of information of the draft constitution must be topmost priority where people are fully aware of the contents before expressing their choice on the referendum day.

Two sections of the International Covenant on Civil and Political Rights (ICCPR) that is Article 19 and Article 25 respectively advocates for “freedom of opinion & expression,” and the “right to participate in public affairs,” and this must applied to Thailand where people can come out and express their opinion on the draft constitution before the referendum, on the day of the referendum and after that as well. That is the true norm of how a democracy should work.

Also international election principles clearly calls for the electorate to be free to make political choices without intimidation, undue influence, or fear of retribution for their vote. These basic conditions must be met to make the process authentic and acceptable to all. "A credible referendum is possible only when the following conditions are met. First, fundamental human rights are respected; second, the rules of fair play are observed; third, the citizens have unimpeded access to information on the salient points of the draft constitution necessary to arrive at an enlightened decision. These will facilitate acceptance of the results by the contending parties to the referendum," said ANFREL Chairperson, Damaso Magbual.

However, Thai Prime Minister General Prayut Chan-Ocha’s insistence that referendum monitoring centers would not be allowed and the continuing arrests against those publicly debating or campaigning ‘reject” about the referendum goes against the spirit of international values and norms. It is indeed unfortunate that the citizens of Thailand have been forced to completely depend on the junta appointed Constitution Drafting Commission, the military, the Election Commission, and other government agencies for information.

To prevent the people from expressing their dissent or taking part in a meaningful debate or pubic discussion on the draft Constitution in fact casts doubts on the integrity of the process. It raises serious concerns on the outcome of the referendum especially where civil society and ordinary citizens continue to face repression and their opinions and interpreted as “false information” and “threat to national security.”

ANFREL highlights its call for the government to encourage a transparent process by allowing monitors to observe all aspects of the polls. We appeal for the government to respect the people’s freedom of expression and right to information by allowing campaigns, open discussions, and public exchanges about the process and the draft constitution which is the central matter to be decided upon on referendum day. Finally, ANFREL calls on the government to promote the spirit of freedom in the referendum process as Thailand attempts to transition back to democracy. 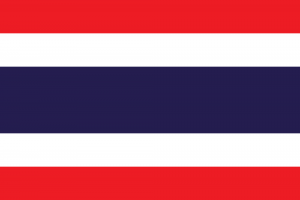