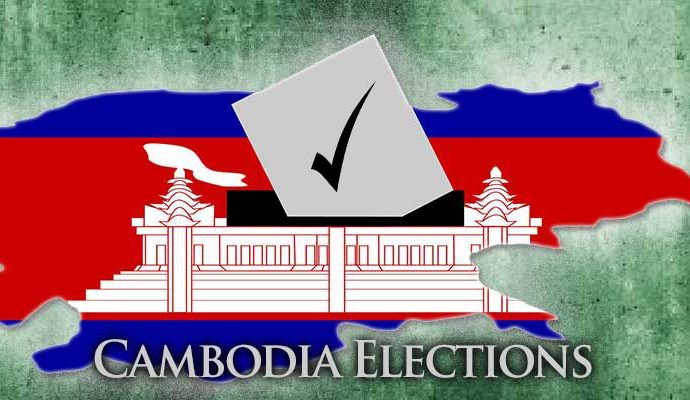 Posted by Campaign and Advocacy With 0 Comment In Cambodia, Mission Reports

On June 14, 2018, the Asian Network for Free Elections (ANFREL) released the report of its Pre-election Assessment Mission (PEAM) conducted in Cambodia early May 2018.  The mission was conducted by five (5) international observers led by Mr. Damaso Magbual, the organization’s Spokesperson and Board Member from the Philippines. The PEAM team sought to ascertain whether the political situation was conducive to holding free, fair and credible elections and whether the country was prepared for the upcoming July 29 national assembly elections.

Upholding human rights norms and values is essential for all legitimate democratic processes. During the 2017 Commune and Sangkat Council Elections, both domestic and international observers witnessed some progress with regard to the administration of elections in Cambodia, notwithstanding that they were being held in a restrictive environment. However, whatever progress was made leading up to those elections has been effectively negated by the drastic events since then. The events caused serious regression from the limited advances that had been made in the country's democracy and human rights situation, thereby harming common Cambodians.

After the 2017 elections, the ruling Cambodian People’s Party (CPP) instigated the arrest of the main opposition party’s leader, Kem Sokha, paving the way for the dissolution of his party, the Cambodia National Rescue Party (CNRP), and the banning of 118 of its leaders from contesting any position for 5 years. In retaliation, the CNRP called for sanctions against the Cambodian government and its leaders and the boycott of the 2018 elections. Through interactions with various Cambodian stakeholders, the PEAM team witnessed firsthand the intensity of the destructive political polarization in country.

These events have created a noxious pre-election environment characterized by impunity, threats and intimidation. The vibrancy of the civil society in the country has faded due to the continued repression experienced under the guise of the Law on Associations and Non-Government Organizations (LANGO). Leaders of various organizations admitted that the immense pressures on them created cracks in the relations among members of civil society, which created widespread distrust. Furthermore, leaders of various organizations who continue to speak up have become targets of threats and intimidation, prompting many of them to leave the country in fear of arrest.

The media is the most affected among the sectors that have been attacked. All stakeholders, except those affiliated with the ruling party, lamented the fact that independent media in the country had been considerably weakened. Media personalities and organizations interviewed by the PEAM team confessed that they had resorted to self-censorship to avoid the ire of government officials and ruling party members.

The closure of the Cambodia Daily was seen as a particularly harmful blow to media independence in the country. In addition, leaders of various civil society groups expressed concern over the takeover of the Phnom Penh Post, due to the allegedly close relations of the new Malaysian owner to the ruling party. Moreover, while independent media have been weakened, “alternative media portals” which serve as mouthpieces of the government have proliferated. By using anti-defamation laws and a newly enacted lese majeste law to reign in independent media, the government exercises greater control over the flow of information, freedom of expression has been severely stifled in the country.

Cambodian citizens interviewed by the PEAM team reported that they do not feel they will able to make a free choice on election day. The youth harbor extreme distrust of the political processes in the country, and more disconcerting, distrust of each other. In addition, factory workers said that they feel pressured to vote because not doing so will incur negative repercussions such as losing their chances at promotion or incurring salary reductions – threats relayed to them by their superiors.

These are but a few of the issues covered in the PEAM report. Merely going through the exercise of marking ballots does not constitute a free and fair election. Stakeholders, both domestic and international, need to focus on the electoral environment before the election and demand that the government make dramatic corrections to the course it is undertaking now on.  Otherwise, the ills which now plague civil society and the media will likely worsen as the campaigning gets closer to July 29. Under current conditions, democratic elections will simply not happen in Cambodia.

ANFREL’s full report can be accessed through this link: https://goo.gl/pmh5tD.