Election observers from different parts of Asia have converged in Nepal under the banner of the Asian Network for Free Elections (ANFREL)-Foundation, the regional observer group which has been invited to observe the November 19 Constituent Assembly (CA) elections. ANFREL observers who are trained professionals in election observation represent various institutions and associations in their respective countries in the region.

The 10 LTOs, divided into five teams, have been deployed to the five development regions of Nepal, covering some 50 districts ranging from mountainous areas, hill regions and the Terai with special attention being paid to electoral constituencies that are sensitive or highly sensitive or are expected to have high levels of intense competition.

The LTOs arrived in the country on October 22 and, after attending a three day briefing, were deployed on October 26. They will remain in the field until November 30 covering the pre-election, election and post election phases of the CA electoral process in Nepal.  The STO teams will arrive in Kathmandu on November 12 and, after being briefed, will be deployed on November 14 to various districts across all five development regions. The 40 STOs, deployed in pairs, will join the LTOs in strategically chosen districts five days before the elections.

The ANFREL mission will be headed by Mr. Damaso Magbual, who is the chairperson of the Foundation and also an executive member of the National Citizens’ Movement for Free Elections (NAMFREL) The Philippines. The Mission deputy is Mr. Koul Panha, who besides being the Foundation’s Vice-chairperson is also the Director of the Committee for Free and Fair Elections (COMFREL), in Cambodia.

The ANFREL Election Observation Mission will closely observe different aspects of the pre-election period, in particular political campaigns, security, voter education and preparations by the Election Commission of Nepal.

ANFREL’s current mission in Nepal is part of its continuing effort, beginning with the 2008 CA elections, to support the process of democratization in the country. The ANFREL observation mission is also an attempt to ensure an environment conducive for the conduct of free elections and for helping support the current process of peace democracy building in Nepal.

For further clarification, please do not hesitate to contact the following persons: 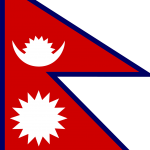