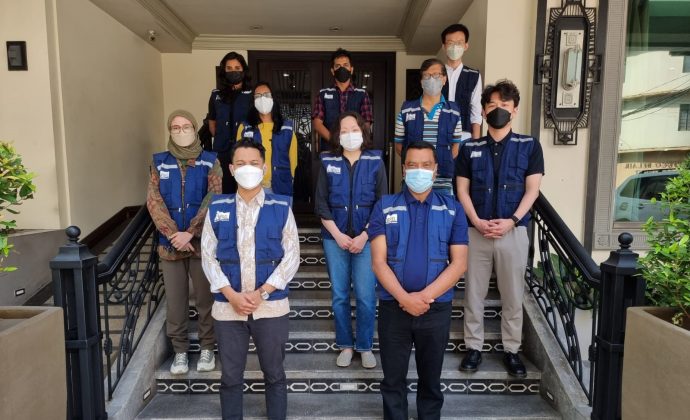 Posted by ANFREL With 0 Comment In ANFREL News, The Philippines

The Asian Network for Free Elections (ANFREL) launched today, 23 April 2022, its international election observation mission to the 2022 Philippine national and local elections with the deployment of six long-term observers and two electoral analysts. An additional four observers are expected to join the mission next week.

ANFREL observers will be deployed to various regions in the country to engage with election stakeholders and monitor election-related activities in the lead up to the elections scheduled for 9 May 2022. They will observe the election campaign, local absentee voting, as well as the polling and result transmission process on Election Day.

Prior to their deployment, they attended a two-day briefing on 21 and 22 April 2022 to familiarize themselves with the national political context, electoral system, election procedures and observation methodology. They will be deployed in the field for a period of 20 days.

All ANFREL observers, interpreters, and mission staff are fully vaccinated against COVID-19 and will adhere to stringent internal policies and all government regulations aimed to mitigate risks related to COVID-19.

ANFREL’s observation and assessment of the elections will follow the methodology guided by the Declaration of Principles and Code of Conduct for International Election Observation, as well as, the Bangkok Declaration for Free and Fair Elections and the Dili Indicators of Democratic Elections.

ANFREL expects to release and present its interim report in a press conference in Manila on 11 May 2022. The comprehensive final report will be published by the end of June.

The Asian Network for Free Elections (ANFREL) is a Bangkok-based regional network of 29 election monitoring groups from 18 countries across Asia. ANFREL focuses on election observation as well as capacity building and development for national civil society organizations and election management bodies that are actively working on democratization. Since its formation in 1997, ANFREL has observed 71 elections in 20 countries in Asia. Website: https://anfrel.org/