KABUL, 16 JUNE 2014 – The Asian Network for Free Elections (ANFREL) Foundation congratulates the people of Afghanistan for their participation in the run-off round of their Presidential Election held on 14 June 2014. ANFREL admires the high rate of participation of Afghans who overcame threats and violence and showed exemplary courage and determination to strengthen the democratic process in Afghanistan. For the second time in the last three months, Afghans have shown that the future they choose for their country is a democratic one. Regardless of who wins the Election, this simple fact should not be overlooked, the relatively high turnout and enthusiastic participation of the Afghan people is a sign of significant progress and an opportunity for the country to consolidate democratic gains going forward.

The high turnout also reflects the job well done by the Afghan National Security Forces (ANSF). While deplorable attacks on the electoral system and voters themselves still occurred, the ANSF nevertheless helped to secure an atmosphere where most voters felt safe and willing to participate in the election. Though early reports indicate that there were less successful attacks on 14 June’s Election Day than during the first round on 05 April, ANFREL is nevertheless saddened by Saturday’s loss of life and mourns for the families of the deceased, be they IEC staff, candidate representatives, Election Observers, voters, or innocent bystanders. Hopefully, the security situation will again see improvement in advance of the 2015 Parliamentary Elections.

The Independent Election Commission (IEC) of Afghanistan and most of its staff are worthy of recognition for their general performance managing the election up through today. Polling Station officials on the ground were, for the most part, enthusiastic about their jobs and interested in professionally and impartially carrying out their election duties. Such traits add to the integrity of the Electoral Management Body and therefore the election itself. Relatedly, ANFREL would like to commend the IEC for replacing staff members that were shown to have performed in a partial manner during the elections’ first round. As there were again cases of Polling Station staff being perceived as not neutral, the IEC should continue their work with additional training for all staff and disciplinary action against those unable to work impartially. A continued proactive response by the IEC will grow public confidence in the institution and add to the integrity of future elections.

Any praise regarding Election Day must be tempered by the reality that the 14th of June is only one day within the larger Electoral Cycle. The post-election period in Afghanistan holds within it several lengthy processes that will have to be followed very closely to ensure the best outcome for the nation. Now just days after the election, when tabulation and verification of results are still to be completed, there remains a need for a high-level of continued vigilance and care on the part of the IEC, the Independent Electoral Complaints Commission (IECC), the media, Election Monitors, and the candidates’ teams themselves.

To ensure that the final tabulation and consolidation of votes as well as the verification of the vote totals can be done in a timely, transparent, and professional manner, the IECC plays an obviously vital role. Only by hearing and thoroughly investigating complaints, communicating clearly to the public regarding their decision making, and working transparently and sincerely to provide justice to aggrieved candidates and voters will they ensure that Electoral Justice is done.

ANFREL was encouraged by the substantial polling station presence of Civil Society Election Monitors such as FEFA, TEFA, Election Watch as well as substantial numbers of candidate agents. As mentioned above, the work of Election monitors and candidate agents continues all the way through Electoral Dispute Resolution and the verification of final results. Presence of these groups and active continued engagement in the process can add a layer of transparency and oversight that would otherwise be missing.

On the issue of a controversial transfer of ballots, a full investigation is a right and proper step to restore public confidence and avoid such incidents in the future. At the very least, ballots should never leave the premises of the IEC before proper security protocols are followed. For such a foreseeable event as restocking ballots at polling stations where they had run out, procedures should be established well in advance. Those procedures must then be rehearsed and followed. Having such a plan and then carrying it out, with all the procedural steps such a plan would include, will build trust in the system and make events like that seen on Saturday less common.

The restocking of ballots was necessary in the first place because some polling stations again ran out of ballots by around 11am, an unfortunate repeat occurrence to what happened on the 05th of April. These shortages occurred despite IEC efforts to add polling stations areas where they predicted possible shortages. ANFREL again recommends, to combat such occurrences, that a proper voter list is prepared wherein each voter is assigned to vote at a particular polling station. Such a system cuts down on the number of excess ballots to be printed and would allow the IEC to make better estimates of the ballots needed for any particular polling station.

A number of local election monitors continued to express understandable concern about this issue as ballot shortages at the polling stations are a hindrance to the exercise of political rights.  A thorough investigation and evaluation of the measures that were taken by the IEC to overcome ballot shortages in the first round must be carried out to gain the confidence of the public and ensure that there was no wrongdoing and that it was only a gap in the planned distribution of the extra polling stations.

The creation of an accurate voter list would also aid in the fight against fake or invalid voter ID cards being used, a practice which was still attempted in some areas. Thankfully, in most cases the voters who tried to use the cards were turned away and the invalid voter ID cards were confiscated. Still, the fact that fake ID cards are in use weakens the election’s integrity, both real and perceived. Thus, as has been the case in the past ANFREL would yet again stress for a clean and comprehensive voter’s registry and list to ensure that fraudulent acts can be prevented.

On the topic of political actors and the acceptance of voting results, ANFREL remains hopeful that candidates’ previous promises to accept the election results of the IEC and IECC will still be followed. Slinging unsubstantiated and/or frequent accusations of fraud may be politically appealing but doing so only damages the perceived legitimacy of the election, possibly unfairly, and makes the situation more volatile. Candidates are well within their rights to file and express complaints but ANFREL counsels patience and caution. ANFREL calls on candidates to bring their complaints, together with evidence, to the proper authorities and then allow those authorities the time for investigation and fact-finding.

To honor the commitment shown by the people, it is incumbent upon the Independent Election Commission, Independent Electoral Complaints Commission, and all related electoral stakeholders to transparently and impartially carry the electoral process forward towards a just conclusion. The Afghan people deserve nothing less. 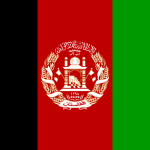