ANFREL congratulates the Philippines on successful holding of 2016 National and Local Elections, notes challenges ahead

Posted by Kristina Uy Gadaingan With 0 Comment In Statements, The Philippines

ANFREL congratulates the Philippines on successful holding of 2016 National and Local Elections, notes challenges ahead

Manila, Philippines-- The Asian Network for Free Elections (ANFREL) wishes to congratulate the Philippines for holding the 2016 national and local elections in a generally free and fair manner. ANFREL applauds the Filipino people for their active participation in this democratic exercise, from their engagement through political discussions during the campaign to the casting of votes that resulted to a historic voter turnout of 81%.

ANFREL commends the Commission on Elections (COMELEC) for their commitment to hold free and fair elections. The poll workers who worked day and night to ensure smooth polling all over the country should be recognized for their hard work.

ANFREL also congratulates all political parties and candidates who won seats during the elections and encourages them to work together in advancing democracy and in protecting human rights. The candidates who conceded defeat have to be lauded for respecting the will of the people. We appeal to all losing candidates to uphold the rule of law by directing complaints, if any, to the proper channels of Election Dispute Resolution.

Civil society organizations and citizens’ groups have to be acknowledged for their contribution in ensuring credible elections through active involvement during election preparations and in monitoring the entire electoral process. The vigilance of the citizens has played an important role in deterring potential acts of fraud.

However, as in any other electoral process, some issues are found that may not have a significant impact on the overall outcome. Among the key issues noted are the malfunctioning of Vote Counting Machines (VCMs) during Election Day that may have caused the the disenfranchisement of qualified voters and the continuing use of violence during the election period such acts of as harassment, threats, and physical violence that have affected all stakeholders’ interconnected human rights.

ANFREL urges COMELEC to remain transparent throughout the process of counting and to address all complaints in a fair and timely manner. All offenders should be penalized in accordance to the laws of the land. A thorough evaluation of the process should be conducted to improve the conduct of elections in the future and to ensure a more inclusive democratic exercise. 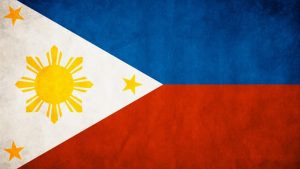