Posted by Kristina Uy Gadaingan With 0 Comment In Cambodia, Statements

ANFREL joins the Cambodian civil society in mourning the tragic death of a prominent activist and known critic of the Hun Sen government, Mr. Kem Ley. We extend our sincerest condolences to his family, loved ones, and friends.

Kem Ley was shot dead Sunday morning at a convenience store at Cambodia’s capital in Phnom Penh. The shooting is considered as an assassination and is initially considered as a plot to silence him as a government critic. Kem Ley has recently exposed, via the global witness report, some of the Prime Minister’s unexplained fortune and the family’s business empire in the country.

We stand in solidarity with the Cambodian people. ANFREL strongly condemns such brutal act and denounces all forms of human rights suppression against government critics. We call on for an impartial investigation to this senseless killing, there should be no room for impunity for the perpetrator. We demand justice for Kem Ley.

The worsening human rights situation in Cambodia also poses serious threats to the people’s basic freedoms such as freedom of expression. We call on the government to uphold and protect the people’s universal freedom and provide a free atmosphere as Cambodia prepares for its local elections and general elections scheduled on 2017 and 2018, respectively. 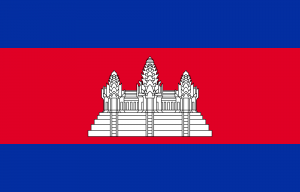