BANGKOK, 03 June 2013  – The Asian Network for Free Elections (ANFREL), a regional network based organization of 21 civil society groups from across Asia, views with great concern intimidation of its member organization in Pakistan the Free and Fair Election Network (FAFEN) and a need for timely and full transparency from the Election Commission of Pakistan (ECP) during the post-election period. Of immediate concern is the ability of all Civil Society Organizations in Pakistan, including FAFEN, to operate freely and without the threat of violence and intimidation. Civil Society is crucial to democracy in Pakistan, as it is in all countries, and threats made against its members undermine the important work that groups such as FAFEN perform. Such threats, no matter their source, only serve to weaken the democratic system itself. On matters specific to the post-election period, full disclosure of all data related to election results as well as longer-term Electoral Reform should be the primary focus of the Election Commission of Pakistan as a means to lessen current and future election irregularities. By focusing on the important, outstanding issues made evident in the past election, the ECP can show the public in Pakistan and beyond that they are sincere about improving the electoral processes in Pakistan. On the other hand, if the ECP does not exercise its authority to make polling station data public and undertake real reform, they will surely fail to move the country’s election system forward. ANFREL believes that the right choice is clear; only through complete transparency and real reform can the ECP deliver the improvements that the people of Pakistan deserve. ANFREL hopes that state authorities, political parties and media can choose a constructive path that allows CSOs to contribute to the transparency and public trust present in every successful election.  “Civil Society plays an important role in ensuring that elections are free, fair, and transparent. An engaged and vibrant Civil Society is a hallmark of a mature democracy and, as such, all election stakeholders should welcome and facilitate Civil Society playing its proper role,” ANFREL Executive Director Ichal Supriadi pointed out. But to carry out its work, civil society in general, and election observation groups in particular, need access to election related data that is accurate, timely, and easily accessible. No matter the country, every ANFREL member depends on state institutions, in many cases the Election Management Body of their country, to provide accurate data in a timely manner and in an accessible format. Failure to provide data in this way prevents observation groups, election contestants and the public at large from being able to double check or verify the accuracy of later claims and reduces public confidence in the election and the election management body. Such data belongs to the public and it is the responsibility of state institutions to provide it to the public. In this case, the ECP’s release of data such as the polling scheme is both a duty mandated by law and also a strategically smart decision in order to increase public confidence in the election. Given that, ANFREL hopes that the ECP reconsiders its current stance and meets its obligations both to the law and to the public. Release of the final polling scheme used, together with the forms used by Election Officials for ballot counting and results consolidation, would be a significant step towards resolving some of the confusion and distrust that lingers more than two weeks after the election. These forms are the raw data that enables much of the useful investigation and analysis necessary during the post-election period to ensure electoral justice is provided for all. By releasing these documents and focusing on needed electoral reforms, the ECP has the opportunity to play a positive role in resolving many of the remaining challenges to Pakistan’s Election System. Doing so would also strengthen the crucial process of electoral dispute resolution that needs to continue to take place in the country.  Unnecessary further delay will only sew more doubt and confusion during this critical time. 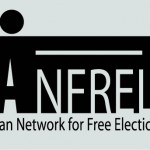