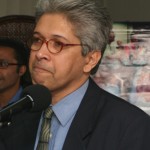 11 August 2013, Bangkok - The Asian Network for Free Elections (ANFREL), an organization and network of democracy and political rights promoting groups, expresses grave concern regarding the unjust arrest and troubling continued detention of Mr. Adilur Rahman Khan, the Secretary of Odhikar, a leading human rights focused organization in Bangladesh. Odhikar is a member organization of ANFREL and Mr. Adilur Khan is one of ANFREL’s board members who has worked tirelessly to promote democracy and respect for human rights in Bangladesh.

Mr. Khan was reportedly picked up around 10:20pm on 10 August 2013 by approximately ten plain-clothes members of the Detective Branch of Police (DB). This arrest, carried out without presenting a warrant or explaining the reason for the arrest while it was happening, is gravely worrisome for the health and safety of Mr. Khan. It also has a broad, harmful effect on the cause of human rights in Bangladesh that Mr. Khan works so dedicatedly for. Mr. Khan and Odhikar staff have, in the past, faced harassment and intimidation for the work they do protecting basic and universal human rights and this arrest appears to be yet another, though graver and more dangerous, move by authorities to continue that line of intimidation. As of mid-day on the 11th of August, some 15+ hours after his arrest, Mr. Khan has been refused access to legal counsel and his family, friends, and co-workers have been unable to speak with him.

The Chief Metropolitan Magistrate Court has given Mr. Khan five days remand, a worrisome and unnecessary pre-trial punishment for an innocent ‘suspect’ that obviously presents no danger to the general public. Such a situation is troubling in Bangladesh, and in particular for Mr. Khan, because of the work he and Odhikar have done to document the rampant extra-judicial killings and torture committed by security forces. While the charges against him, he’s been accused of violation of Section 57 of the Information and Communication Technology Act, for publishing fabricated facts about atrocities committed by state security forces, are themselves arbitrary and capricious in nature, five days remand is also unnecessary and, in Bangladesh, dangerous. Mr. Khan has spent the better part of the last 25 years struggling to stop torture, extrajudicial killings, and disappearances, many of which came at the hands of the security forces, and often to suspects being held in remand.

Mr. Khan should be immediately released, and furthermore, have the charges against him dropped. His arrest appears motivated entirely by the desire to prevent his advocacy work and silence and intimidate those doing similar work. The authorities harassment of Mr. Khan, and of all human rights defenders in Bangladesh, whether by security forces or the court system, must stop. Bangladesh must honor the provisions found within the “The Declaration on Human Rights Defenders”, adopted by the General Assembly of the United Nations on December 9, 1998. Article 1 of the declaration states that, “Everyone has the right, individually and in association with others, to promote and to strive for the protection and realization of human rights and fundamental freedoms at the national and international levels” while Article 12 makes clear that:

1. Everyone has the right, individually and in association with others, to participate in peaceful activities against violations of human rights and fundamental freedoms.

2. The State shall take all necessary measures to ensure the protection by the competent authorities of everyone, individually and in association with others, against any violence, threats, retaliation, de facto or de jure adverse discrimination, pressure or any other arbitrary action as a consequence of his or her legitimate exercise of the rights referred to in the present Declaration.

3. In this connection, everyone is entitled, individually and in association with others, to be protected effectively under national law in reacting against or opposing, through peaceful means, activities and acts, including those by omission, attributable to States that result in violations of human rights and fundamental freedoms, as well as acts of violence perpetrated by groups or individuals that affect the enjoyment of human rights and fundamental freedoms.”

The declaration, together with many other international instruments that Bangladesh is a signatory to, make it abundantly clear that Bangladesh should immediately release Mr. Khan and drop all the politically motivated charges he faces.  In accordance with the duties of States found in the UN’s Declaration on Human Rights Defenders, Bangladesh must do more to protect those working to strengthen democracy and human rights in Bangladesh.

Releasing Mr. Khan and dropping all charges against him will be a good, though not final, step towards honouring the Declaration. ANFREL calls on all related parties to act immediately to bring justice for Mr. Khan and for Bangladesh. We greatly appreciate your consideration of this matter and are hopeful that your response will be swift and just.