Posted by admin@anfrel.org With 0 Comment In ANFREL News, Indonesia, Photos

Indonesia finally conducted the Papuan gubernatorial election on 29 January 2013 after years of postponement due to legal obstacles and conflicts. A total of 2,705,775 registered voters across 29 regencies were eligible to vote at the 6,961 polling stations in the province.  They could choose from 6 pairs of candidates for governor and vice-governor.  All of the candidates were native Papuans representing tribes from mountain and coastal areas. The six pairs were Noakh Nawipa  – Johanis Wob, Manase Robert Kambu – Blasius Pakage, Lukas Enembe – Klemen Tinal, Welington Wenda – Weynand Watory, Alex Hasegem – Marthen Kayi, and Habel Melkias Suwae –Yop Kogoya.

ANFREL's Executive Director Ichal Supriadi was on hand in Papua to witness the voting.  Although the polling generally went smoothly, there was one reported murder in the highlands where a local politician in Tolikara regency who was affiliated with the Golkar Party defied his own kinsman, who had agreed to support another ticket and, as a consequence, was beaten to death. It was also reported that the Elections Commission office and Government facilities were set on fire by a mob in Mamberano-Tengah regency, and there was fear that violence would escalate after final results were announced. Elections in the highlands historically are notorious due to close competition among the candidates who try to influence tribal elders and other respected leaders by means of money or intimidation to get their support.  In addition, it is difficult to maintain the neutrality of elections officials.

Papuan elections have some unique characteristics. The majority of voters live in the highlands, which are often not very accessible to outsiders, including coastal dwelling Papuans.  In addition, there are strong tribal bonds and feelings of community, with the result that a community frequently decides by consensus the candidate that each of its members will support. As a result, the Elections Commission allows for “noken” voting methods. Noken is a net-like traditional bag used to replace the ballot boxes, with votes cast according to the communal decision.  The tribal elder/head of the tribe plays a significant role in deciding how the tribe will vote.  This system is  subject to manipulation, abuse of power and intervention by the government bureaucracy.

Although not perfect, the Papua elections appear to have been relatively clean. 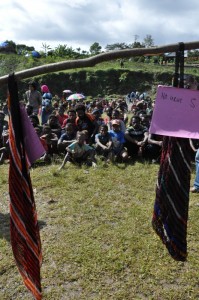 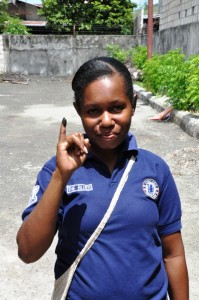 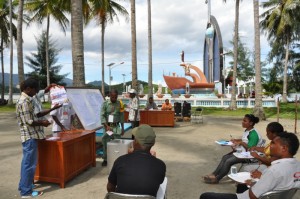 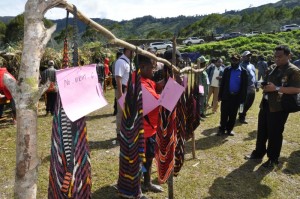 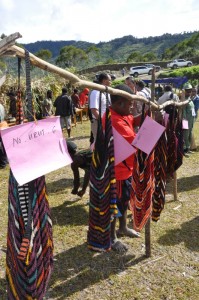 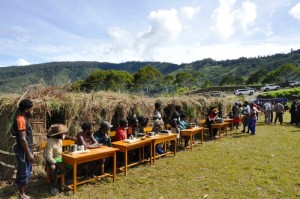