Citizen Congress Watch and the Taiwan Grassroots Alliance for Peace recently took part in the 311 anti-nuclear parade yesterday, noting the organizations awareness of the potential danger brought by the nuclear power plant. The anti-nuclear parade was a large event which mobilized citizens in Taipei, Kaohsiung and Taichung. Participants urged that the government, including all the legislators, to stop the reliance on Nuclear Power for the sake of Taiwan’s islands, health and the earth.

Citizen Congress Watch will be sending observers to the 2012 legislative election in Korea this April. The organization believes that this election will be crucial to the presidential election in December. 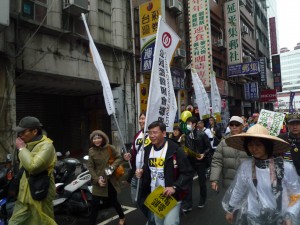 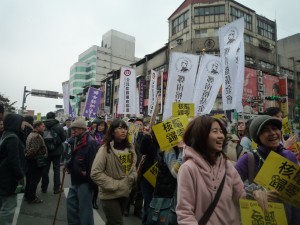