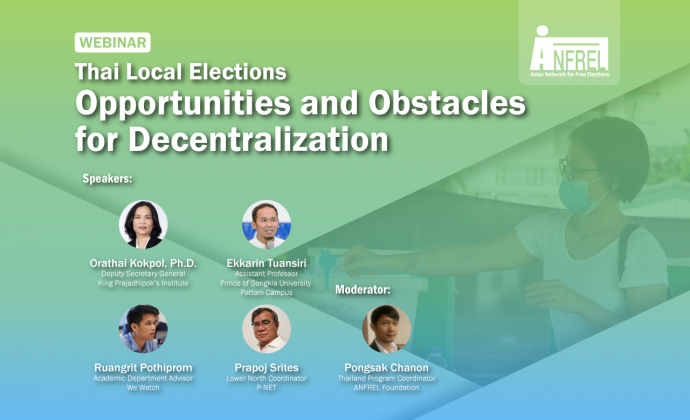 The elections in Thailand this Sunday, 20 December 2020, is an important democratic milestone since it'll be the first local elections to be held since the military-led coup took over the civilian government in 2014, panelists of ANFREL's webinar agreed.

Thailand is set to hold elections for the provincial administration organization in 76 provinces nationwide outside Bangkok. Thailand held general elections in 2019.

The panelists, however, said the elections could've been set much in advance to allow stakeholders to prepare and meaningfully participate in the electoral process.

Dr. Orathai Kokpol, deputy secretary general of King Prajadhipok’s Institute, said it will be a challenge to get more people to vote and boost the turnout. The elections were only confirmed late October this year with the candidate application set from November 2 to 6 and qualified candidates announced on 24 November 2020.

Mr. Ekkarin Tuansiri, assistant professor at the Prince of Songkla University Pattani Campus, said there were very few public fora organized to engage voters and allow them to voice their concerns and opinions. 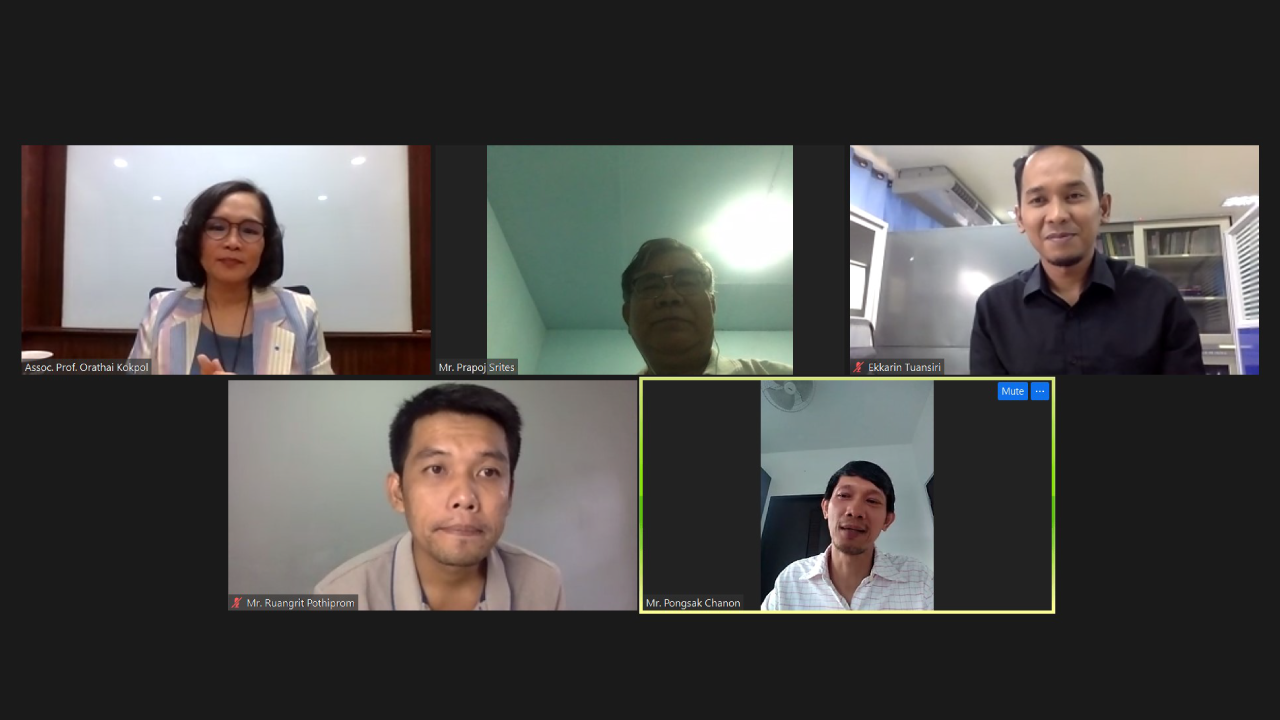 Panelists discussed the opportunities and obstacles for decentralization in Thailand, in a webinar hosted by ANFREL ahead of the 2020 Thai Local Elections.

Participation of Women and the Youth

He also said the participation of women in politics remains low, especially in the deep south of Thailand where there are no female candidates contesting in the elections despite the fact that there are more female than male eligible voters and young voters who participate in the process are mostly women.

Mr. Tuansiri also raised concern over the lack of advance voting mechanism in the local elections. People would have to spend just to go back to their home provinces to vote.

Mr. Ruangrit Pothiprom, academic department advisor of We Watch, urged the Election Commission of Thailand to be more proactive in developing the electoral system and process to better facilitate the people's right to vote. He said without advance voting, voting turnout might be lower.

He also echoed calls from the youth to extend the voting rights of young people by lowering the minimum age requirement to 16 years old.

Mr. Tuansiri said the youth have played a significant role in the 2019 elections and that they remain eager to participate in the elections as they want to exercise their right to vote.

Meanwhile, Mr. Prapoj Srites, lower north coordinator of P-NET shared some of their observations on the ground. He said they found that candidates who are supposed to be independent have ties with national political parties or local influential people.

He said vote buying still exists in many areas. There were also some reports of people paid to attend campaign rallies.

Instances of campaign interference among conservative and pro-democracy factions where people blocked campaign mobile cars to prevent them from passing or loud music were played to disturb campaign rallies. Social media has also been used for smear campaigns.

Dr. Orathai Kokpol said elections do not end on election day and urged voters to continue to monitor their votes even after election and assess how their elected leaders perform and keep their campaign promises.

Mr. Pothiprom said voters should also check the voter roll and immediately report to the authorities if they spot any irregularities. He also asked voters to explain to the authorities the reason if they fail to vote this Sunday so they do not lose their right to vote.

He also urged the ECT to be more transparent especially with the electoral process including data related to the elections and encourage more public participation in the elections.

The webinar was organized to shed light on some of the issues and concerns related to the elections in Thailand. The recording of the webinar is available on ANFREL’s Facebook Page (Thai | English). It would not have been possible without the generous support of the National Democratic Institute.